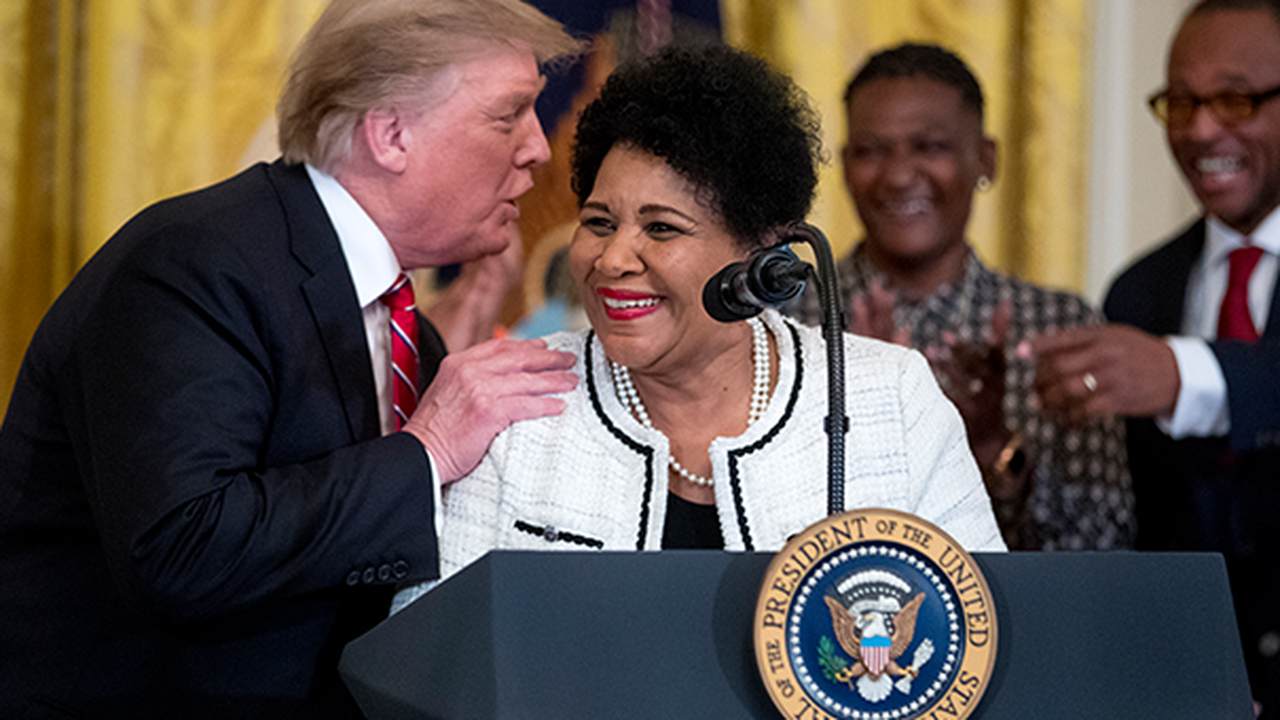 Alice Marie Johnson, a 63-year-old great grandmother, got a second chance at life in 2018 when President Trump commuted her life sentence for a first time, nonviolent drug offense. Her story was featured in one of the Super Bowl Sunday ads on Fox this weekend.

The advertisement then replays the joyous scene when Johnson was released from prison. Johnson tweeted out the ad before it aired, happy to be watching the game as a free woman.

"I want to thank President Donald John Trump," Johnson said when she was released from jail, before exclaiming, "Hallelujah!"

Johnson had a unique fighter in her corner a few years ago when she was still behind bars. Celebrity Kim Kardashian West learned about the great grandmother's story and asked for a meeting with President Trump to appeal for her freedom.

That conversation worked wonders. Having been moved by Johnson's story, Trump decided to grant her clemency.

Not only that, but he invited her to be one of his guests of honor at last year's State of the Union.

She also recently participated in a White House event for the First Step Act, a program that ushers in a series of criminal justice reforms with the goal of reducing the rate of recidivism. It was a bipartisan effort that even brought CNN's Van Jones to the White House. Matthew Charles, the first prisoner freed thanks to the First Step Act, was also one of Trump's guests at the last State of the Union.