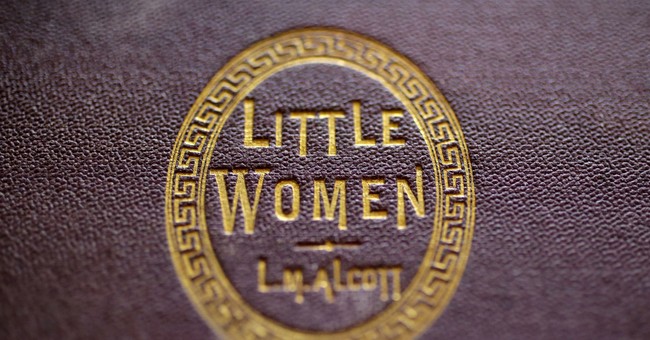 There are those who think Hallmark is "fascist propaganda," and there are others who think director Greta Gerwig's latest take on "Little Women" is "too white."

"Little Women," written by Louisa May Olcott in 1868, follows the romantic lives of four young sisters living in Massachusetts in the middle of the Civil War. The story has been adapted for both TV and film multiple times, the latest of which was released in theaters on Christmas Day. Obedos takes issue with the casting of four white actresses as the well-known sisters, Jo, Meg, Beth and Amy, played by Saoirse Ronan, Emma Watson, Eliza Scanlen, and Florence Pugh. But Obedos's main quarrel is with the male lead, Theodore “Laurie” Laurence, who is portrayed by white actor Timothée Chalamet. The casting of Chalamet, Obedoes argues, is a lost opportunity to display Laurie's true identity.

While many are excited to see Timothée bring this character to life, his iteration and many of the previous films have failed to properly contextualize Laurie during this time period. In the original novel, Laurie is described as a young man with “Curly black hair, brown skin,” and “big black eyes” (Alcott 42) — he is canonically half-Italian. It is through Laurie that Little Women offered Greta a very unique opportunity that she could have taken: Laurie could have easily been played by someone non-white.

Obedos shares a few excerpts from Alcott's original novel to explain that Laurie is actually half Italian, and by casting a white actor the film did not have a chance to explore the challenges and prejudices he faced at the time.

"The added diversity of casting the character with someone non-white would have added a richness and context that has been lost on the character by contemporary audiences," Obedos explains.

But, Obedos concedes that Chalamet is very popular, and fans were understandably excited to see him once again opposite Saoirse Ronan, who he starred with in "Lady Bird."

As for the sisters, Obedos appreciates the progressive feminism they always seem to exude, but she argues that their storylines also could have benefitted from a bit more diversity.

If the appearances of the characters do not matter, if Jo can be blonde without protest, then why couldn’t she be shown as black, Latinx, Indigenous, or Asian? It is time for young people of color watching or reading Little Women to be shown that they can be as independent as Jo, as ambitious as Amy, as compassionate as Beth, and as loving as Meg.

Not everyone agreed that the film is a bastion of white privilege. Kimberly Nicole Foster, the founder and editor-in-chief of For Harriet, respectfully disagreed with Obedos's take.

I'm sorry but we do not need "diversity" in Little Women. It's not necessary at all. We need stories about people who are not white to be greenlit. https://t.co/rdxl0IXIGn

"I do not need to see myself in Little Women," Foster responds. "It is very obviously a white woman's story of its time."