Pelosi Compared Trump Impeachment to Battle of the Bulge. She Wasn't the Only One. 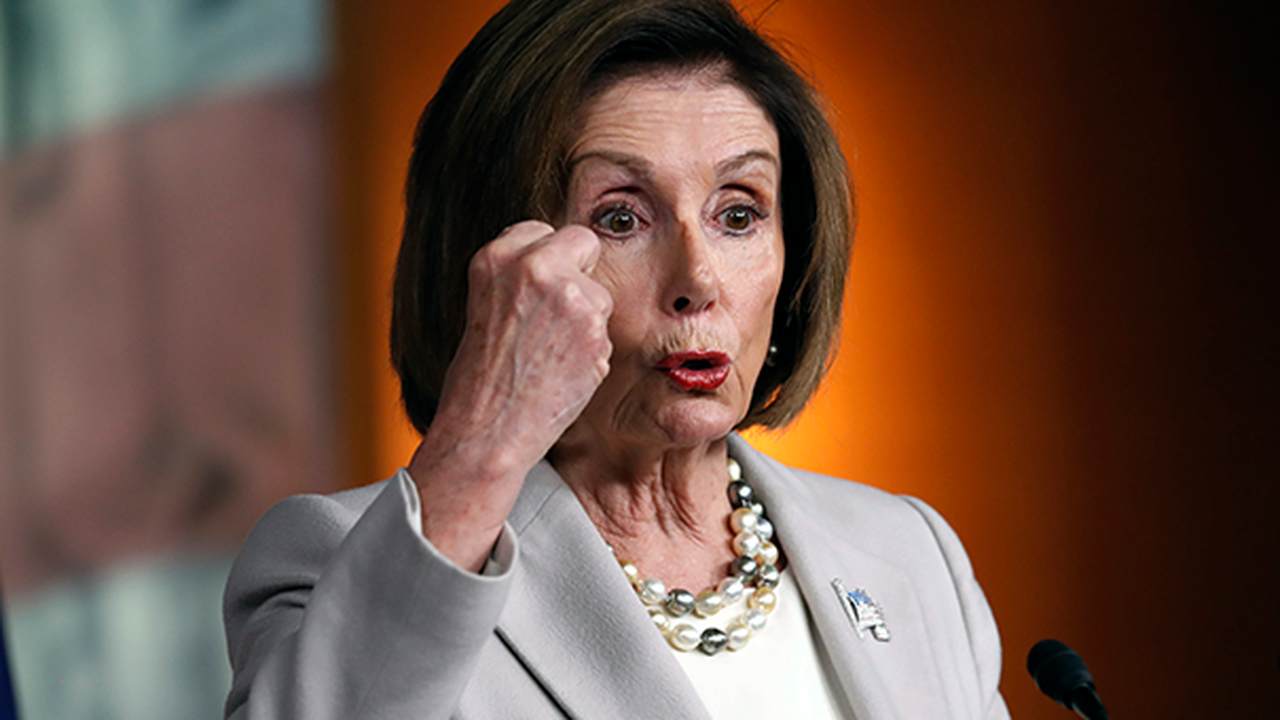 House Democrats' impeachment of President Trump on Wednesday just happened to coincide with the 75th anniversary of the Battle of the Bulge. On Dec. 16, 1944, as World War II appeared to be winding down, Adolf Hitler's Nazi Germany launched a last-ditch, surprise attack on the Allied Forces stationed in the Ardennes Forest. U.S. troops fought back valiantly and helped stop the offensive, but over 75,000 soldiers lost their lives in the fight.

In terms of participation and losses, it is "arguably the greatest battle in American military history," as described by the U.S. Army.

House Speaker Nancy Pelosi referenced the battle in her opening remarks on the House floor when she kicked off the impeachment debate. She noted how she had just led a bipartisan congressional delegation on a trip to Luxembourg City, Luxembourg, to meet with veterans on the battle's anniversary.

Last week, in observance of the 75th anniversary of the Battle of the Bulge, members traveled to that hallowed ground to express our gratitude to the heroes of freedom who sacrificed everything to secure victory of freedom over tyranny, not just for America, but for the world.

The veterans of that battle who were there, in their 90s, told us how after the war was won, the Europeans to whom they liberated would ask, “Why did you risk us? You don’t know us? And give your lives to save us, we’re not Americans.”

It all went along nicely with her insistence this was a "solemn" occasion.

She wasn't the only Democrat to cite the Battle of the Bulge to try and justify impeaching the president. A battle which, again, resulted in almost 100,000 casualties.

"I request the unanimous consent for enter in my statement into the record regarding the 75th anniversary of the Battle of the Bulge in favor for articles of impeachment."

We suffered 75,000 casualties during that battle pic.twitter.com/KxZpnVlc11

Quite a few social media users shamed Pelosi and her colleagues for irresponsibly comparing their impeachment effort to the battle in which some of their fathers had fought.

Of course, there were a few interesting comparisons on the Republican side of the debate too. One or two lawmakers, for instance, used the analogy of Pontius Pilate and Jesus Christ. As Rep. Barry Loudermilk (R-GA) alleged, "During that sham trial, Pontius Pilate afforded more rights to Jesus than Democrats have afforded this president and this process.”

The House voted in favor of both articles of impeachment, abuse of power and obstruction of Congress. But it's unclear just how confident Pelosi is in their case, considering she's threatening to withhold the articles from the Senate. She and Senate Minority Leader Chuck Schumer insist they are waiting until the Senate majority agrees to a "fair trial."

We've Discovered the Real Reason the CDC Is Requiring All Kids Wear Masks in Schools
Townhall
'Incompetence of the highest order': CDC appears to have chosen a dubious source to help justify their mask guidance [screenshots]
Twitchy
Biden Talks 'Real Shooting War' and 'Seeks Permission to Leave' During Visit to Intel Community
Redstate
The Morning Briefing: Who Are the Idiots Who Still Think the CDC Has Any Credibility?
PJ Media