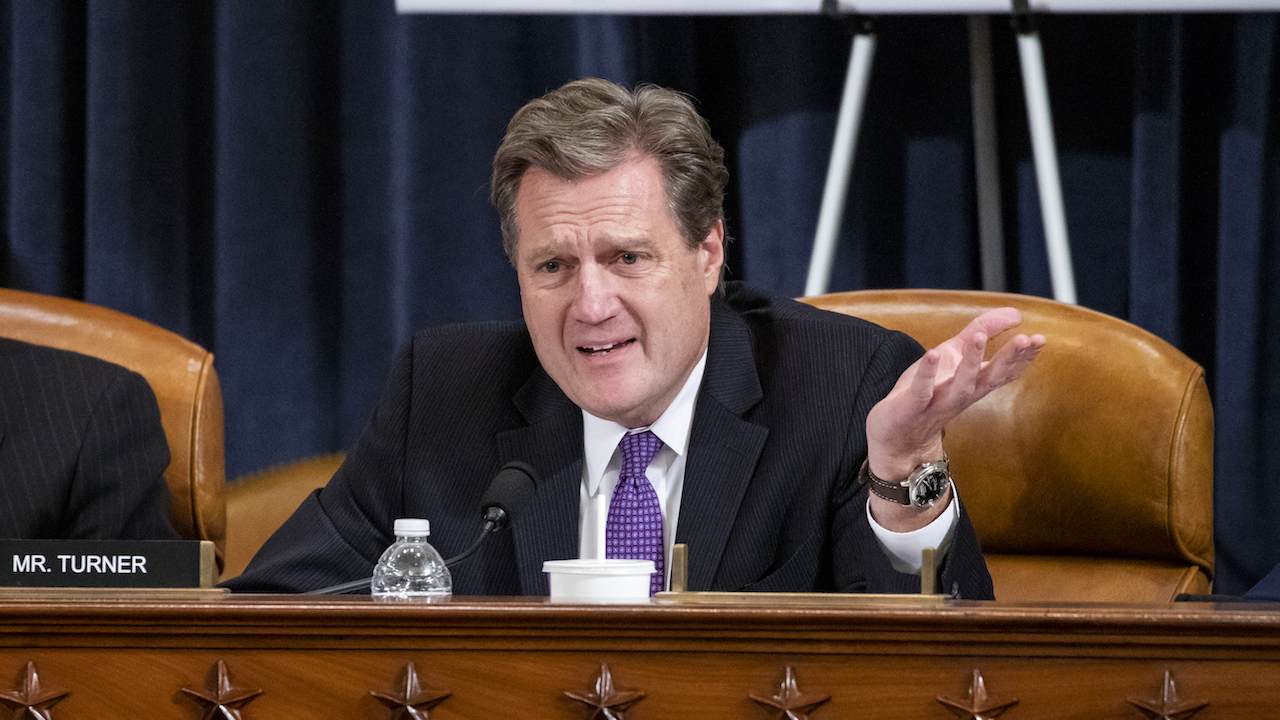 Democrats on the House Intelligence Committee apologized to their female witnesses during the past two weeks of impeachment inquiry hearings because of how they've been treated by President Trump. During her Thursday testimony, former NSC Director Fiona Hill said she was "puzzled" by the accusation she's a "Never Trumper." In last week's round of hearings, former U.S. ambassador to Ukraine Marie Yovanovitch claimed that Trump and Rudy Giuliani staged a "smear campaign" against her at the time of her firing.

Rep. Terri Sewell (D-AL) asked Hill if she agreed with Yovanovitch's description, and when she did, the congresswoman took the opportunity to sound off on how Trump has a history of slandering women.

"I'm especially disheartened by his treatment of women," Sewell said.

Dem. Rep. Terri Sewell: "There's a long line of strong, talented women who have been smeared and victimized by this president. And we can either choose to ignore it or do something about it." https://t.co/3BHb2I9OBT #ImpeachmentHearings pic.twitter.com/OmEgzH1ezT

Rep. Michael Turner's (R-OH) five-minute Q&A was up next, and he used a bit of that time to make a good point about how his Republican colleague Elise Stefanik (R) has been party to some personal and sexist slander since speaking up against Chairman Adam Schiff's biased proceedings.

"I just want to echo that sentiment and lament the attacks that have been levied against our colleague Elise Stefanik on this panel, which have been vile and hateful," he noted.

Stefanik spoke up last week with a parliamentary inquiry about Chairman Adam Schiff's stonewalling of witnesses. She wanted to know why he was preventing witnesses from asking certain questions posed by Republicans. But he promptly silenced her with the repetitive response, "The gentlewoman is not recognized."

"It's only Adam Schiff's rules that passed by a party-line vote," she said. "Adam Schiff interrupts incessantly. He coaches the witnesses. He functions as judge, jury, and prosecutor."

Asked if Schiff or any Democrats have reached out to her since the fiery exchange, she said, "No."

Following Stefanik's performance at the hearings, ABC political analyst Matthew Dowd suggested that Stefanik had only been elected to Congress because of her age and her gender. George Conway called her "lying trash," and some celebrities agreed.

our moral betters are furnishing us with new rules #projection pic.twitter.com/Wcjy0qRqCx

"Hollywood liberals have targeted me," Stefanik said. "These are supposedly the Hollywood elites that are so supportive of women, yet they choose to smear a woman because I happen to be a conservative Republican woman."

Meanwhile, her opponent Tedra Cobb is picking up all those "elite" endorsements. Cobb, Stefanik said, is now "the No. 1 pro-impeachment, the No. 1 Hollywood left-funded opponent in the country."

Stefanik is letting the insults roll off her back because she says she's never received so many positive phone calls from her constituents.

"My calls are 3-to-1 in favor," she shared. "We've gotten more positive calls in the past two weeks than we ever have before in my district."