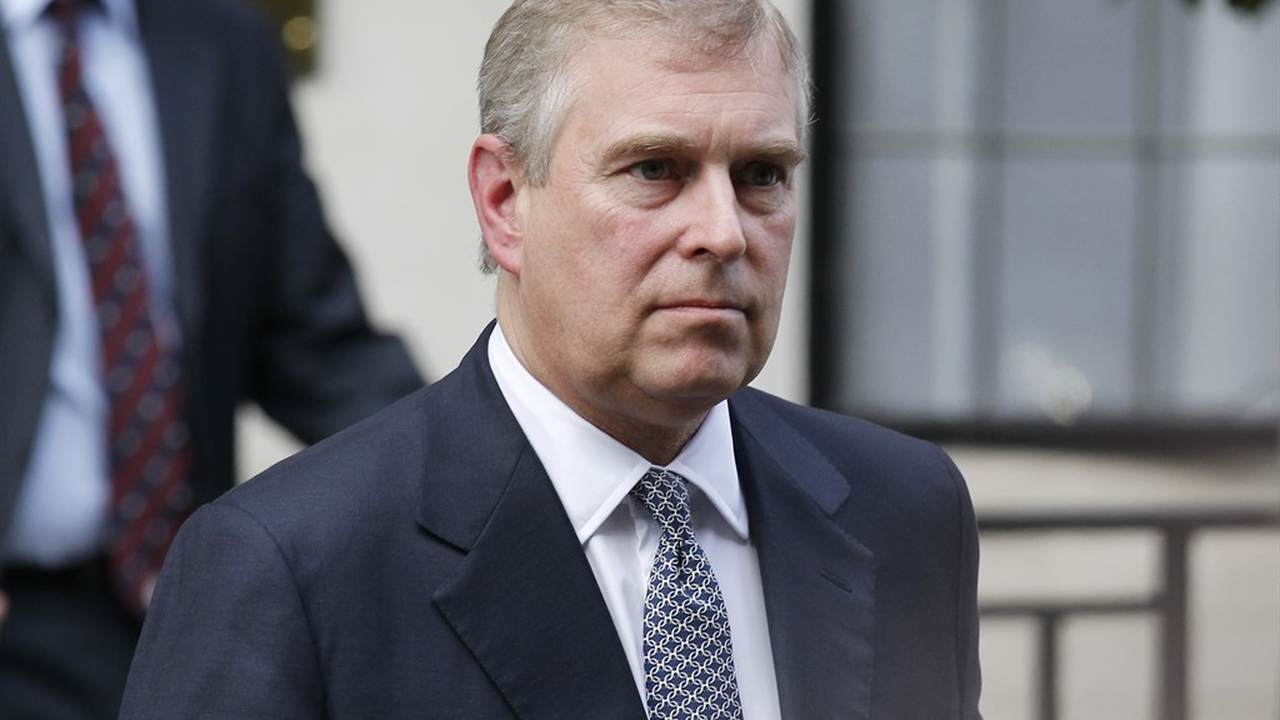 Prince Andrew, AKA Britain's Duke of York, has broken his silence about his friendship with the now-deceased sex offender Jeffrey Epstein and his alleged participation in the billionaire's reported sex trafficking ring. For months both American and British media have speculated about the royal's relationship with Epstein, particularly in light of a few viral photos that were taken in 2010 that showed the two walking in Central Park and peering out of the billionaire's house while a barrage of young women glided in and out the front door. Prince Andrew has also fielded accusations from a woman who says he took advantage of her when she was 17 years old. The royal sat down for an exclusive interview with the BBC this weekend to address the shocking controversy. He both denied knowing the female accuser and distanced himself from Epstein.

A lot of the interview was pretty awkward. I mean, how can it not be? Have you ever seen a BBC reporter sit down with a member of the Royal family at the Buckingham Palace to ask about his sex life? Nevertheless, the duke of York was "grateful" for the opportunity to speak out about the scandal, and he got pretty candid with reporter Emily Maitlis.

Prince Andrew admitted to going to Epstein's house multiple times throughout the years but insists it was at the behest of Epstein's girlfriend at the time, Ghislaine Maxwell, with whom he says he was close. And the Epstein-hosted soirees he attended were about networking, not partying. In fact, he said he doesn't understand why he's been tagged the "party" royal. He doesn't drink, and his life after marriage was rather quiet. His relationship with Epstein was all business.

Prince Andrew insists it is "a stretch" to say that he and Epstein were close friends. But, on the same token, the duke said he "trusted" Epstein. He stayed at his house. He went for spins on his private yacht.

Those weren't the only inconsistencies in his story.

Maitlis gave the duke the benefit of the doubt when he said he and Epstein weren't all that close. But if that's the case, she wondered, then why did he stay at Epstein's Upper East Side townhouse for four days in 2010? After Epstein became a convicted sex offender? Two reasons. The duke claims that he was so "honorable" that he had to tell Epstein to his face why they couldn't be friends anymore. And two, convenience.

"It was a convenient place to stay," Prince Andrew reasoned.

It was so convenient that he ended up staying there for four days. He now admits that he made the "wrong decision."

He insisted to Maitlis that, after that four-night house party, he never contacted Epstein again.

There were several gold comments on the BBC's YouTube page, but this one was a perfect summary of Epstein's "explanation":

Prince Andrew claims he had "absolutely no indication" of Epstein's double life, musing that Epstein perhaps changed his behavior around him because he's a member of the Royal family.

In the latter half of her interview, Maitlis largely focused on Prince Andrews's accuser Virginia Roberts, now Virginia Roberts-Giuffre. Roberts claims to have met the Duke of York when she was 17 years old and says that he dined, danced, and slept with her. He, on the other hand, claims he doesn't even remember meeting her. There's a widely shared photograph of the royal with his hand on Roberts's waist, but he says he doesn't remember taking the photo.

"I have no recollection of ever meeting this lady," the prince told Maitlis. "It didn't happen."

In one of the more surreal exchanges in the interview, Maitlis noted that Roberts has shared specific details from the alleged night of dancing - particularly how "profusely" Prince Andrew was sweating.

The prince said there was a medical condition to prove that allegation wrong. He explained that he had suffered an "overdose of adrenaline" in the Falklands War when he was shot at, therefore, "it was almost impossible" for him to sweat.

As for his viral photo with her, he "can't" explain it. He didn't throw out the notion that it's a fake.

The duke said he doesn't think the scandal has marred the Royal Family at large.

"There has never been an interview like this before," Maitlis noted, accurately.

I was very impressed with Maitlis. She composed herself well, asked difficult questions, and followed up on the Duke's inconsistencies. All inside the intimidating walls of Buckingham Palace.

After the interview aired, you could almost hear Britain's collective cringe.

Prince Andrew's BBC interview "threatens to be the British royal family’s biggest public relations disaster since its handling of the death of Princess Diana in 1997," the National Post wrote.

Brits can rest assured knowing that the Duke of York is eighth in line to the throne.