Klobuchar and Buttigieg Challenge Bernie on His 'Damn' Medicare Bill 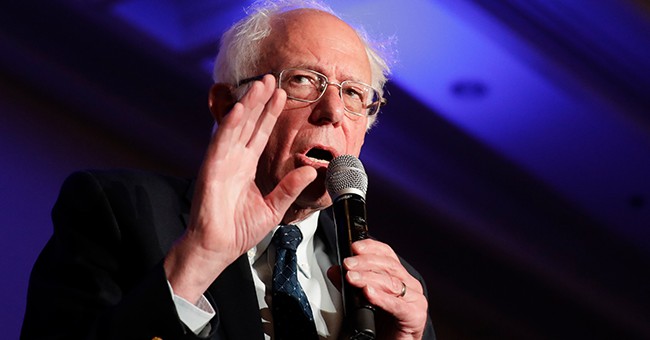 Medicare for All is the new black. Well, it's at least the new Obamacare, if you ask some of the Democratic presidential frontrunners. Thursday gave us another chance to witness the deep seated divide between moderates and progressives over health care. Sens. Bernie Sanders (I-VT) and Elizabeth Warren (D-MA) got the ball rolling by joining forces to champion Medicare for All while tearing apart former Vice President Joe Biden's plan to keep the better part of Obamacare (if there is one).

As Medicare for All's loudest proponents, Warren and Sanders - who "wrote the damn bill," as he reminded us again tonight - teamed up against Biden to insist their plan is more cost effective than his. Last time they feuded over this same issue, Biden erupted that it was a bunch of "malarkey" that his opponents were trying to disparage his health care agenda as "Republican talking points." And tonight he challenged the progressive candidates to put a price tag on their plan.

Sen. Amy Klobuchar (D-MN), who has voiced her opposition to Sanders's plan before, was also a bit more forceful about it tonight. She noted that she and her "friend" Bernie have worked together to bring down pharmaceutical costs, but that's apparently where their common ground on health care ends.

And Medicare for All breaks that creed.

"While Bernie wrote the bill, I read the bill," she continued.

The biggest red flag in Sanders's plan is on page 8, Klobuchar shared, which clearly reads that we "will no longer have private insurance as we know it." She spelled that out, explaining that 149 million Americans will no longer be able to have their current insurance. That will happen in just four short years.

"What's in that 'damn bill' he wrote," Buttigieg said, is that "it doesn't trust the American people."

By contrast, "I trust you to choose what makes the most sense for you."

But Sanders wouldn't dare let anyone speak ill of his plan. He said it covers all basic needs and "allows you to go to any doctor you want."

Simply, if you want "comprehensive health care" and "freedom of choice," go with his idea.

Again, scroll up to read how many people would lose their private insurance.