MSNBC Host: Swing Voters Have to Be 'Shamed' If They're Going to Support Trump 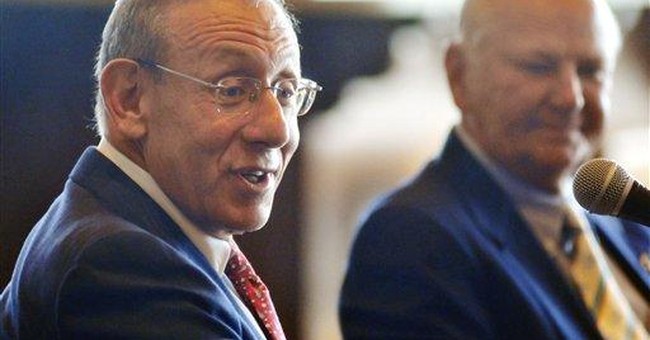 MSNBC host Donnie Deutsch didn't hint, he didn't suggest - he matter-of-factly said that President Trump and his supporters were responsible for last weekend's bloodshed. Guys like Equinox and SoulCycle founder Stephen Ross, who's hosting a fundraiser for the president on Friday.

“Stephen Ross, to me, is the epitome, this election comes down to guys like that, and people saying ‘No. You don’t get to say I’m for racially quality and all these good things, I disagree with him there’,” Deutsch said. "But I like his economic views, I’m going to vote for - ,’ No, you own it.”

The same goes for any one else who tries to separate Trump's supposed inflammatory rhetoric from his economic policies. There's no space between these columns.

"You own it," Deutsch said. "You own the blood that happens. You own Charlottesville."

They also "own" Trump's racism, he added.

The Washington Post’s Eugene Robinson agreed that Trump is "not an à la carte menu." You "can’t just take the things you approve of." In other words, it’s all or nothing.

Swing voters, too, have to be "shamed" into owning all of the above, Deutsch argued.

Hollywood figures have taken the advice.

#SteveRoss, a developer/billionaire in NYC, who owns @SoulCycle, is hosting #Trump and the extremely well nourished in #WatermillLI @$250,000 per head. “SoulCycle is the perfect metaphor for current US politics: you go around and around and never get anywhere.”

Former Equinox gym members even organized a protest against the businessman in West Hollywood today.

Trump told Ross not to sweat it. He predicts this will all end up being great publicity for him and his companies.

President Trump: "The controversy makes Steve Ross hotter. He’ll figure that out in about a week, but he’s very happy." https://t.co/DZhQLgXQXR pic.twitter.com/tHOp4U3jXs