Kentucky Republican Running for AG: I Can Prove the Democrats Are Not Tolerant 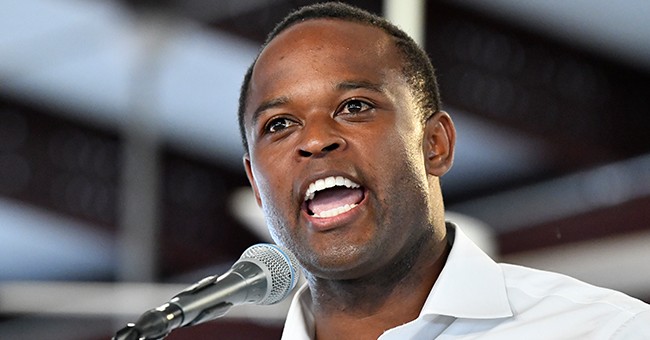 Daniel Cameron, a black Kentucky Republican running for attorney general, shared that he was the target of a liberal lawyer's racial slur this past week.

Yesterday, a liberal attorney said I should stop eating "coon flakes" in a @CourierJournal interview. I am a proud lifelong Republican, part of a diverse @KYGOP ticket, and yes I support @realDonaldTrump. It's time to stop telling black Americans what we're allowed to believe

In an interview with Fox News's Brian Kilmeade Thursday night, Cameron questioned whether the Democrats can really claim to be the party of "tolerance," considering they can't accept minorities who decide to become Republicans. For Cameron's part, he was proud to have joined the GOP at the age of 18.

"I believe in the values of this party," Cameron explained.

Those values include standing up for the sanctity of life, stemming the tide of illegal immigration, and fighting against socialism, to name a few.

Yet, we saw a similar example of intolerance in Kansas last week, when progressive activist Elizabeth Arnold accused the state GOP of recruiting congressional candidate Sara Hart Weir because of her looks. Weir was surprised by the claim, because she was under the impression she had jumped in the race to unseat Rep. Sharice Davids, not to participate in a beauty pageant.

People like Weir and Cameron are Republicans because they believe in the party's ideals. And they are pursuing higher office because they have the experience to do so.

Here are some of Cameron's qualifications that the critical liberal attorney probably failed to mention.

Daniel Cameron grew up in Hardin County, Kentucky. His professional career has consisted of serving as a law clerk to the Honorable Gregory Van Tatenhove, a United States District Court Judge for the Eastern District of Kentucky; private practice at Stites & Harbison in Louisville, Kentucky; service as Mitch McConnell’s legal counsel in Washington, D.C.; and a return to private practice at Frost Brown Todd in Louisville, where he’s been since June 2017.

Cameron is “proud” to have gained Trump's endorsement a few weeks ago.