Paul Manafort Is Being Transferred to a Notorious New Jail 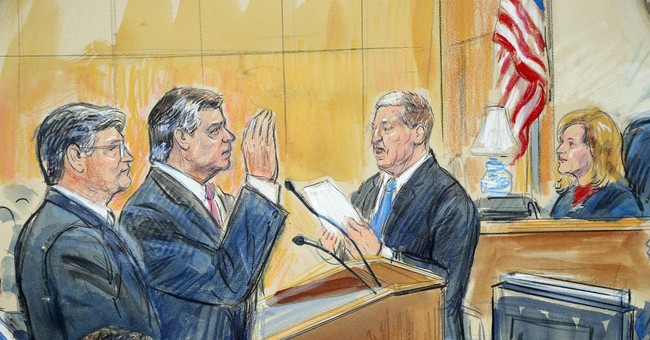 Former Trump campaign manager Paul Manafort, who was sentenced to seven and a half years in federal prison in March for tax and bank fraud, is likely to be transferred to the notorious Rikers Island in New York City. He is currently serving time at the minimum security penitentiary in Loretto, Pennsylvania.

Investigators in special counsel Robert Mueller's investigation into Russian collusion discovered that Manafort failed to report $16.5 million in income for political consulting work on behalf of Ukraine. He also dodged taxes on that income and failed to report foreign lobbying.

In her sentencing, U.S. District Judge Amy Berman Jackson chastised Manafort for his history of gaming the system.

It is "hard to overstate the number of lies, the amount of fraud and the extraordinary amount of money involved," she said at the time.

Critics were outraged in March that Manafort's initial sentencing by Judge T.S. Ellis II did not fit his crimes. They chalked the "injustice" up to "white privilege." Ironically, they wondered why others were being thrown in Rikers but he was not.

Others compared the case to Kalief Browder, who was jailed for three years at New York’s Rikers Island after being accused of stealing a backpack as a teenager, charges that were ultimately dismissed. He killed himself after being released from jail.

“Kalief Browder was left to rot in Rikers for three years. Denied bail. All for a backpack he never stole. But Manafort cat walks into the court, and moonwalks out with a slap on the wrist. Two justice systems,” tweeted actor and activist Francis Maxwell. (The Guardian)

Well, they now have their wish. Having been approved by a New York judge, Manafort's Rikers transfer could occur as early as Thursday.