Roy Moore Is Back. Even Trump Is Asking Him to Go Away. 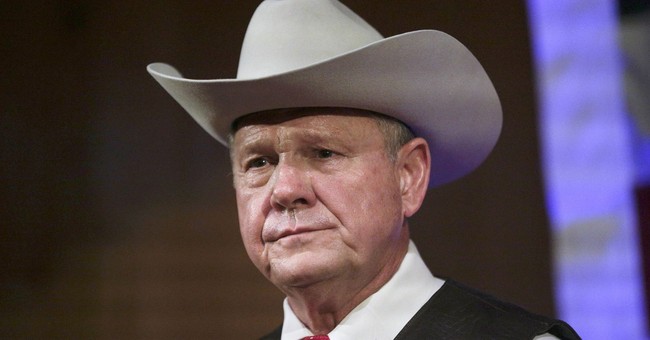 President Trump likes winners and Alabama Judge Roy Moore doesn't fit the bill. In December 2017, the judge helped Republicans lose a Senate seat in the Heart of Dixie for the first time in 25 years. It was a historic feat for Democrat Doug Jones, but one that was made possible because of the sexual assault allegations against Moore, his denials, and his refusal to bow out of the race. Trump was one of few people to stand by Moore during the allegations, but now that Moore is jumping in the race for next fall's contest, this time around the president is urging Alabama Republicans to ignore him.

In fact, most Republicans seem to be imploring Moore to go away.

You mean like last time? You’re literally the only candidate who could lose a GOP seat in pro-Trump, pro-USA ALABAMA. Running for office should never become a business model. If you actually care about #MAGA more than your own ego, it's time to ride off into the sunset, Judge. https://t.co/Twg9isFRkY

In 2017's special election Senate race in Alabama, reports suggested that Moore had sexually abused teenage girls when he was in his thirties and serving as the state's assistant district attorney. He rejected the charges.