Weatherman in Dayton, Ohio Tells Viewers What He Thinks of Their Complaints He's Interrupting Their Show to Report on Tornado 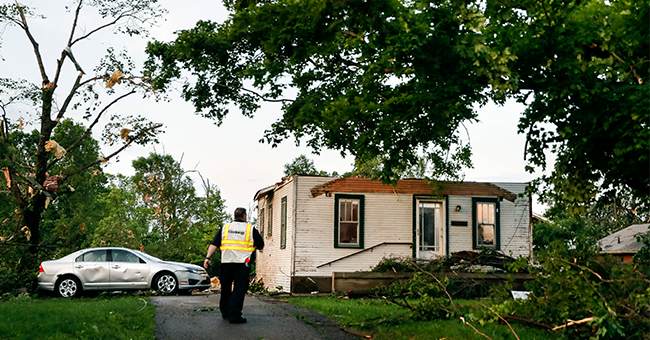 Massive tornadoes struck Dayton, Ohio and more of the midwest on Monday, injuring dozens of people and destroying homes and businesses. The images are devastating.

It’s so much worse in the morning light. pic.twitter.com/rHSJiKpHzi

With communities in such danger, a local Dayton weatherman, Fox 45's Jamie Simpson, did his duty and jumped on TV to inform the audience what was happening outside their windows. That meant the network had to cut in to Monday night's already scheduled programming. Instead of appreciating the weather updates, some social media users were apparently frustrated that Simpson had interrupted their viewing of "The Bachelorette" and they left messages asking the network to "just go back to the show."

Here's how he responded to their complaints.

Weather guy in Dayton going off last night about people complaining about him interrupting shows…then Dayton got destroyed by tornadoes pic.twitter.com/gaYAnSWD2c

"No, we're not going back to the show folks!" Simpson said. "This is a dangerous situation, okay? It's your own neighborhood. I am tired of people complaining about this! Our job here is to keep people safe and that is what we're going to do."

"For those complaining this is all about my ego - stop!" he added. "Okay just stop right now. It's not! I'm done with you people I really am. Pathetic."

He eventually cooled down and apologized off screen, explaining that he's just frustrated that people don't care about other people's safety.

More than 5 million people are without power in Ohio, according to reports.