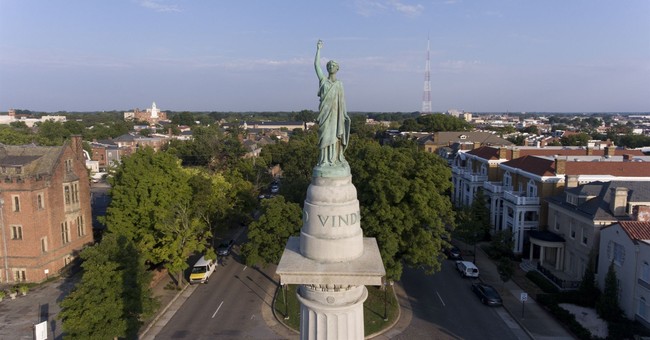 Virginia commuters will no longer be driving on Jefferson Davis Highway. On Wednesday, the Commonwealth Transportation Board voted to rename it because, as they explained, it symbolized white supremacy. Davis was the president of the Confederacy from 1861 to 1865.

“Jefferson Davis had no known connection to this region...and the very designation…was a direct and antagonistic response to the proposed Lincoln Highway,” Arlington County Board Chair Christian Dorsey said.

Del. Mark Levine claimed the name, established in 1922, was intended "to terrorize the black population.”

The highway will officially be renamed Richmond Highway by Oct. 1.

Gov. Ralph Northam was one of the lawmakers lobbying for the name change, but he is facing his own racial controversy. A few months back, reporters discovered pictures from his medical school yearbook in 1984 in which he and a friend were wearing blackface and a KKK outfit. He admitted and apologized to wearing blackface, but then backtracked and told media he wasn't even sure that was him in the photo. If that wasn't enough, Attorney General Mark Herring preemptively admitted that he also had worn blackface in college.

Citizens all over the country have rallied for the removal of Confederate statues, none more so than in Charleston, South Carolina. Officials lowered the Confederate flag on the State House grounds after a white supremacist gunned down nine African-Americans who had welcomed him into their bible study at Emanuel AME church in 2015.

Others have suggested going further and erasing our Founding Fathers from current culture. On the Hugh Hewitt Show Friday morning, Democratic presidential candidate Pete Buttigieg suggested changing the name of the Jefferson-Jackson dinner, an annual event for Indiana Democrats.

"Jefferson is more problematic," Buttigieg explained. "There's a lot, of course, to admire in his thinking and his philosophy, but then again if you plunge into his writings, especially the notes on the state of Virginia, you know that he knew slavery was wrong."