Trump Directs Americans to Vote De Blasio If They Like These Candidate Qualities... 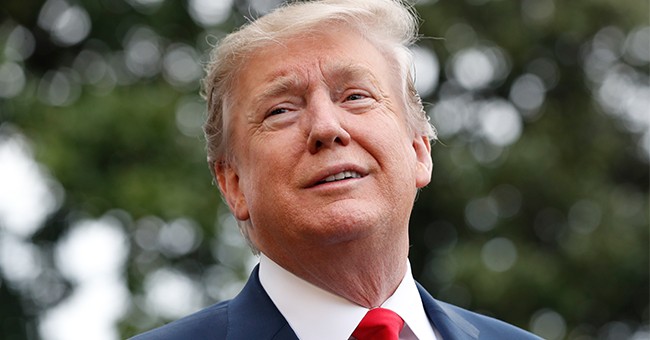 Update: Mayor De Blasio has responded with his own video message, telling Trump he's disappointed in his "low energy" remarks and that he doesn't have his "facts" right. In De Blasio's words, New York crime has decreased throughout his tenure and jobs have become more plentiful.

We're coming for you, #ConDon pic.twitter.com/l0EujCt007

This morning, after New Yorkers literally laughed at Mayor Bill de Blasio's announcement that he's running for president, Trump joined in on the joke, tweeting that De Blasio has zero accomplishments on which to run.

The Dems are getting another beauty to join their group. Bill de Blasio of NYC, considered the worst mayor in the U.S., will supposedly be making an announcement for president today. He is a JOKE, but if you like high taxes & crime, he’s your man. NYC HATES HIM!

Trump followed up that tweet with a new video message tonight, somewhat changing his tune. He's now directing Americans to vote for De Blasio if they like, but only if he fits the following criteria.

.@BilldeBlasio is the worst Mayor in the history of New York City - he won’t last long! pic.twitter.com/NyYntsX573

“If you like high taxes and high crime, you can vote for him. but most people aren’t into that, so I wish him luck,” the president said.

But, "it will never happen."

Instead of wasting his time running a losing campaign, De Blasio should get back to New York and do his job, Trump suggested.

The president hasn't taken the time to film a message for each candidate, so the fact he was compelled to make one especially for the mayor should tell us something.

Right now the Democrats have 23 people vying for the nomination. Last week, the president said he didn't care who prevails, he just wants them to just pick someone already.