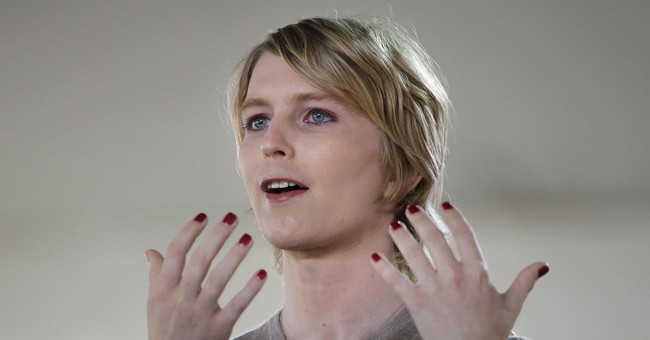 Chelsea Manning, formerly Bradley Manning, the former U.S. Army soldier who was court martialed for leaking government secrets to WikiLeaks, has been released from prison after 62 days following the expiration of the grand jury's term. Glenn Greenwald, the former Guardian journalist who broke the similar Edward Snowden bombshell back in 2013, shared the news on Twitter.

Chelsea Manning has been released from prison after spending 63 days there for refusing to comply with a subpoena in the WikiLeaks criminal case. She was released because the subpoena expired, so could return to prison shortly if she rejects the new one https://t.co/B7BNLr5x53

Manning was behind bars for refusing to testify about those WikiLeaks connections, but had previously admitted to leaking more than 725,000 classified documents to the organization, including military documents. Her attorneys revealed what comes next.

“Today marked the expiration of the term of the grand jury, and so, after 62 days of confinement, Chelsea was released from the Alexandria Detention Center earlier today," they wrote. "Unfortunately, even prior to her release, Chelsea was served with another subpoena. This means she is expected to appear before a different grand jury, on Thursday, May 16, 2019, just one week from her release today."