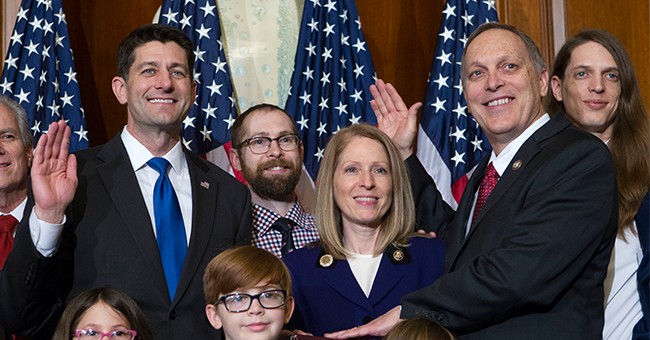 The House Judiciary Committee held a hearing Wednesday after President Trump invoked executive privilege to reject Chairman Jerrold Nadler's (D-NY) demands to see the full unredacted Robert Mueller report. Democrats on the committee are pursuing contempt charges against Barr for refusing their demands. At the hearing, Republican Rep. Andy Biggs (AZ) said he “can’t wait” to see the look on the judge’s face when his Democratic colleagues provide the following facts:

Attorney General William Barr offered to let us view the less redacted version of the report, but we didn’t even bother to look at it.

He permitted us to take notes and asked if we can continue to negotiate, but we rejected that too.

We didn’t hold a hearing with Mueller or Deputy Attorney General Rod Rosenstein before our contempt citation.

We wanted him to violate federal law by complying with our subpoena.

The funny thing is, Republicans point out, is that the DOJ says it has offered Congress 92 percent of the report. The rest Barr is legally forbidden to release, Rep. Tom McClintock (R-CA) noted.

Not good enough, says Democrat Cedric Richmond. He "wishes" he could have gotten away with only telling 92 percent of stories as a kid. Rep. Sheila Jackson Lee (D-TX) went further in asserting that Trump is undermining the Constitution.

McClintock said the American people know better. They won't soon forget that for two years, they were "force fed a monstrous lie." Mueller and his investigators didn't find collusion between Trump and Russia, so Democrats "needed to come up with a new lie quick" about obstruction.