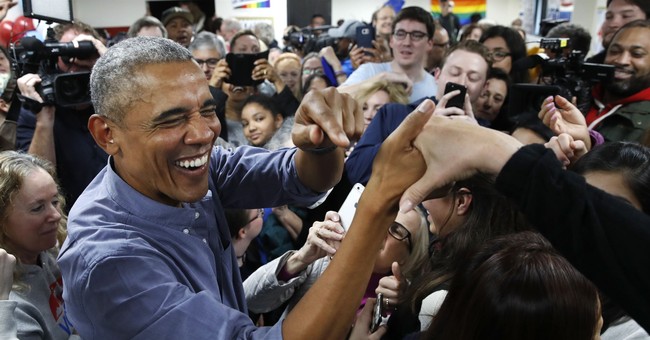 “This is the most transparent administration in history." - President Obama, February 14, 2013

So claimed the 44th president during a Google Plus “Fireside” Hangout chat. Except, a new report from CBS News is calling his bluff. It turns out the Obama administration made history with the number of times it denied FOIA requests or "couldn't find" requested files.

For a second consecutive year, the Obama administration set a record for times federal employees told citizens, journalists and others that despite searching they couldn’t find a single page of files that were requested.

And it set records for outright denial of access to files, refusing to quickly consider requests described as especially newsworthy, and forcing people to pay for records who had asked the government to waive search and copy fees. (CBS News)

Oh, and the Obama White House spent a record (yep, another record!) $36.2 million on legal costs defending its refusal to turn over FOIA records, according to the Associated Press.

The AP found more of the same back in 2015, when Obama first set a record for withholding FOIA requests. Over 700,000 requests were made that year, yet the White House "more than ever censored materials."

"It more than ever censored materials it turned over or fully denied access to them, in 250,581 cases or 39 percent of all requests," PBS wrote. "Sometimes, the government censored only a few words or an employee’s phone number, but other times it completely marked out nearly every paragraph on pages."

The Obama administration admitted that its stonewalling of requests was improper at least a third of the time.