EU Council President Admits His Goal Is to 'Reverse Brexit' 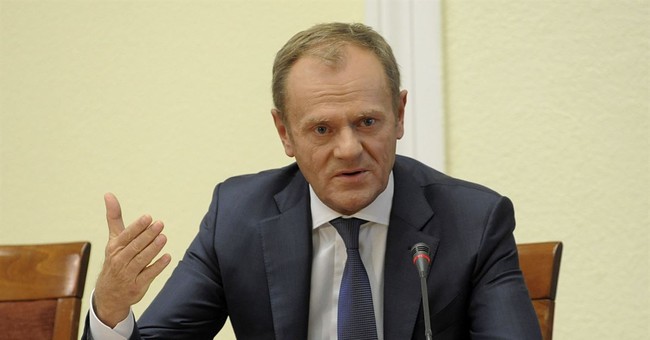 European Council President Donald Tusk admitted on Tuesday that not only is he opposed to the UK's decision to leave the EU, but it's his goal to "reverse Brexit."

At the summit one Prime Minister warned us not to be dreamers, not to think #Brexit could be reversed. But in this difficult moment, we need dreamers and dreams. We cannot give in to fatalism.
At least I will not stop dreaming about a united Europe. https://t.co/qXkBC1tbtY

Tusk has proposed extending Brexit to October 31 and provided an explanation before the European Parliament in Strasbourg.

"Only a long extension ensures all options remain on the table," he reasoned.

It could also offer "extra time to rethink Brexit if that were the wish of the British people," and it allows the EU to focus on other priorities like trade with the United States. An October extension delays the possibility of a no-deal Brexit, which will give businesses "some certainty in this unstable time."

“I know that, on both sides of the Channel, everyone, including myself, is exhausted with Brexit, which is completely understandable," Tusk added. "However, this is not an excuse to say, 'let’s get it over with,' just because we’re tired.”

There are a few issues with that logic. First and foremost, "the wish" of the British people is to leave the EU, as they voted in June 2016.

Other EU leaders in the room remembered that fact and reminded Tusk that it is not their decision to make.

Guy Verhofstadt goes in studs up on Donald Tusk (not a sentence I thought I'd be writing today) as he warns the Brexit delay "could risk killing Europe". pic.twitter.com/jXewuhSKAw

Prime Minister Theresa May is furiously trying to find a solution after her Brexit deal was rejected three times. Her failure has convinced former Leave leaders to return to the scene.