Kellyanne Outlines the Other Obstacles Biden Faces for 2020 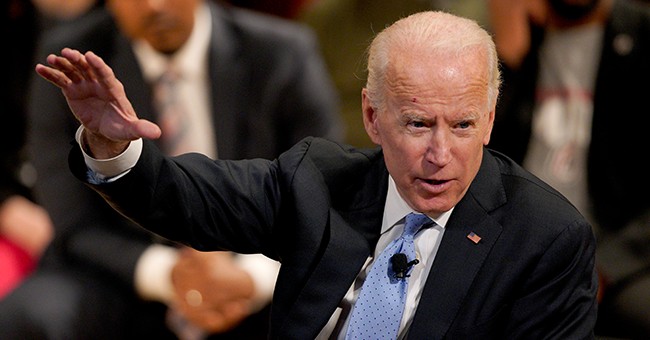 Former Vice President Joe Biden is currently gearing up for a 2020 presidential run, but a new allegation from a Vermont lawmaker has already put a damper on his campaign. Lucy Flores wrote in The Cut how Biden forcefully kissed the back of her head in 2014 when she was the Democratic nominee for lieutenant governor in Nevada.

I felt him get closer to me from behind. He leaned further in and inhaled my hair. I was mortified. I thought to myself, “I didn’t wash my hair today and the vice-president of the United States is smelling it. And also, what in the actual fuck? Why is the vice-president of the United States smelling my hair?” He proceeded to plant a big slow kiss on the back of my head. My brain couldn’t process what was happening. I was embarrassed. I was shocked. I was confused. There is a Spanish saying, “tragame tierra,” it means, “earth, swallow me whole.” I couldn’t move and I couldn’t say anything. I wanted nothing more than to get Biden away from me. My name was called and I was never happier to get on stage in front of an audience. (The Cut)

In his statement Sunday, Biden didn't exactly apologize, instead explaining that that's not how he remembers their interaction.

That's just the beginning of his troubles, according to White House Counselour Kellyanne Conway. In an interview with Chris Wallace on Fox News Sunday, Conway said a quick Google search of "Creepy Uncle Joe Videos" would steer voters away from his campaign.

.@KellyannePolls on @JoeBiden: If anybody just types in “Creepy Uncle Joe Videos” you come up with a treasure trove…I think Joe Biden has a big problem here because he calls it affection and handshakes, his party calls it completely inappropriate. pic.twitter.com/MKbbw2mUIC

She could think of a whole litany of issues facing Biden en route to the White House, including how other prominent Democrats have begun to distance themselves from him.

Other problems for @JoeBiden: Pres. Obama has not endorsed; Dem donors/talent with other candidates; Stacey Abrams seems to have rebuffed his advances to make her VP on his ticket, smartly saying if she were to run, it would be for top spot, not #2. https://t.co/Fq4tv9zXBu

Biden isn't the only Democrat currently fielding sexual assault allegations. On Monday, Scripps professor Vanessa Tyson reminded Virginians that she is an alleged victim of Lt. Gov. Justin Fairfax, who she says took advantage of her at the 2004 Democratic National Convention. He has denied it and refused calls to resign.