Huh: This Is Why NASA Had to Abandon Its First All-Female Spacewalk 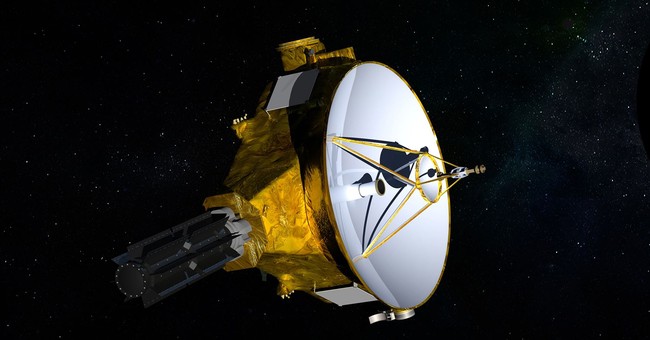 A facepalm to end all facepalms. NASA had planned to conduct its first ever all-female spacewalk on Friday. It was to be an inspiring end to Women's History Month, with Anne McClain and Christina Koch becoming the first female duo to conduct a spacewalk installing batteries outside the space station. As of Monday, the agency was still primed and ready, introducing us to the astronauts.

The two @NASA_Astronauts who will venture outside of the @Space_Station for Friday’s spacewalk are Nick Hague (@AstroHague) & Christina Koch (@Astro_Christina). Find out more details about updated spacewalk assignments: https://t.co/SA57MnE5dY pic.twitter.com/ApEs4YfpHJ

But, some severe lack of oversight has stopped the mission in its tracks. There are two astronauts, but only one spacesuit.

But NASA spokeswoman Stephanie Schierholz said in an email Tuesday to The Washington Post that both women now need a medium-sized hard upper torso — the shirt of the spacesuit — and there is only one medium-sized suit on the space station that is ready for use. NASA said astronauts Nick Hague and McClain completed the first spacewalk in the series earlier this month, so Hague and Koch plan to set out on the next one later this week. (Washington Post)

Social media had to poke some fun at the agency for failing to provide the necessary wardrobe.

Folks, the agency that got us to the moon is now unable to plan how many of what size suits they need for a space walk. https://t.co/4DiZzWLVIK

This is the space version of a tech conference having only Men's Large T-shirts... https://t.co/BSoHOldWdo

Despite the faux pas, Schierholz is still optimistic that the ladies will soon have their moment to shine.

"We believe an all-female spacewalk is inevitable,” she said.

NASA is going full speed ahead on other projects, though, as they reminded us on Twitter.

During today's National Space Council meeting, Administrator @JimBridenstine says that he is confident we can have the first @NASA_SLS launch in 2020 and fly the @NASA_Orion crew capsule around the Moon. Watch: https://t.co/mzKW5uDsTi pic.twitter.com/fUWZg2fUbc

Additionally, Vice President Mike Pence, who has helped spearhead the new Space Force, said on Tuesday that America will again reach the moon in the next five years. Last month, President Trump signed a measure that would designate the Space Force as an armed service within the Air Force, with the goal that it would eventually become a new branch of the military.