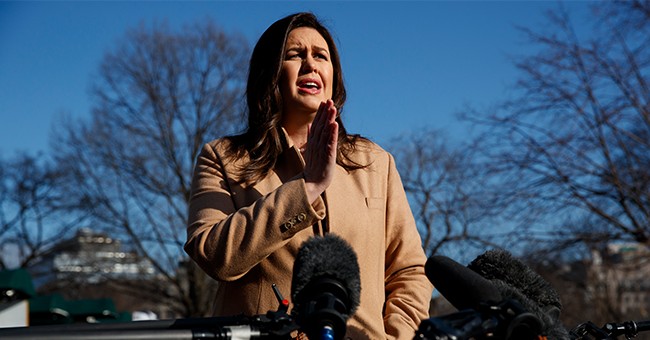 Democrats have not been shy about their priorities in this 116th Congress. The chairmen of some of the most powerful committees on the hill have begun the year by launching investigations into President Trump. They are going after his finances, his business dealings, his election win, and, of course, his relationship to Russia.

House Judiciary Chairman Jerrold Nadler (D-NY) sent letters to 81 individuals and groups associated with Trump, demanding documents in his quest to discover if the president is guilty of obstruction of justice and other abuses of power. Those conclusions could potentially lead to impeachment.

"President Trump and his administration face wide-ranging allegations of misconduct that strike at the heart of our constitutional order,” the chairman urged.

But, ask Nadler for more explanation and he'll insist, "this is not a pre-impeachment hearing."

White House Press Secretary Sarah Huckabee Sanders released a savage statement Monday night telling the chairman what she and the president think about his latest effort.

“The Democrats are not after the truth, they are after the president.” https://t.co/SutjoJWGCl pic.twitter.com/Rt42XLtZeQ

Sanders shared the fiery statement on her own Twitter page Tuesday morning, adding that Nadler's effort was a "fishing expedition."

Among the list of Nadler's witnesses are former Trump campaign associates like Corey Lewandowski, Paul Manafort, Steve Bannon, Jared Kushner and Brad Parscale, the current campaign manager for Trump’s 2020 re-election effort. Trump's sons Donald Trump Jr. and Eric Trump also made the list because, Nadler noted, the committee wants any information they have about several decisions made after Trump took office. Ivanka may also be fair game, according to Nadler.

Even Trump critics like former Ohio Gov. John Kasich sense a sinister motive here. Kasich noted on CNN Tuesday that some of these investigations are legitimate, but ultimately, the Democrats' purpose is to "weaken Donald Trump and make sure he doesn't get re-elected."

As other observers have noted, special counsel Robert Mueller's Russian collusion investigation may soon reach a conclusion, but Nadler and other Democrats seem determined to make sure Americans don't forget about it, nor Trump's other supposed scandals.

Here's what the president thinks about all this.

Now that they realize the only Collusion with Russia was done by Crooked Hillary Clinton & the Democrats, Nadler, Schiff and the Dem heads of the Committees have gone stone cold CRAZY. 81 letter sent to innocent people to harass them. They won’t get ANYTHING done for our Country!

The greatest overreach in the history of our Country. The Dems are obstructing justice and will not get anything done. A big, fat, fishing expedition desperately in search of a crime, when in fact the real crime is what the Dems are doing, and have done!