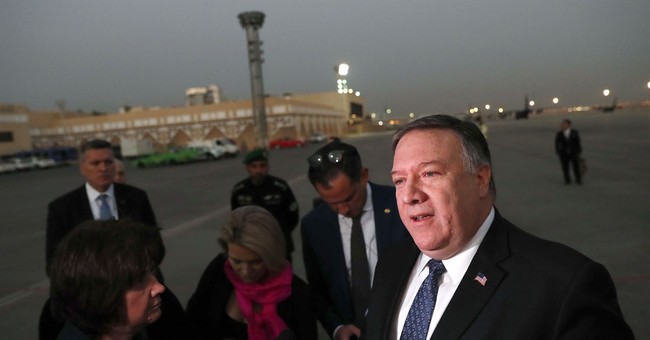 Ahmed Ali Muthana argued in a lawsuit Friday that his 24-year-old daughter Hoda Muthana, who left the U.S. for Syria in 2014 to join ISIS and marry one of the terror group's fighters, should be allowed to return to the States because she is an American citizen. Muthana is currently in a Syrian refugee camp with her 18-month-old son after fleeing ISIS. She reportedly said she is willing to accept the consequences.

“Upon her return to the United States, Mr Muthana’s daughter is prepared and willing to surrender to any charges the United States justice department finds appropriate and necessary,” according to the suit.

“Ms. Muthana has publicly acknowledged her actions and accepted full responsibility for those actions,” her lawyers said. “In Ms. Muthana’s words, she recognizes that she has ‘ruined’ her own life, but she does not want to ruin the life of her young child.”

Secretary of State Mike Pompeo begs to differ. In a press conference this week, he was adamant that Muthana has renounced her U.S. citizenship and will not be allowed to return.

I have instructed Secretary of State Mike Pompeo, and he fully agrees, not to allow Hoda Muthana back into the Country!