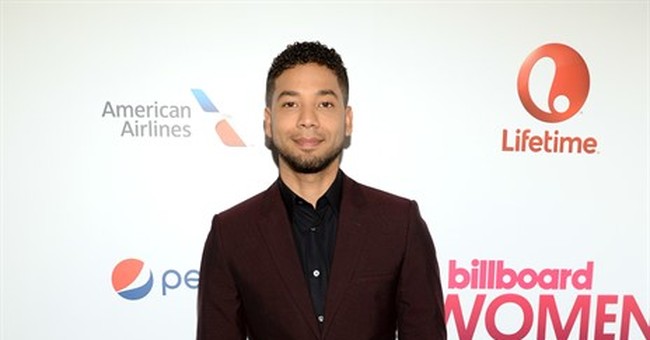 "Empire" actor Jussie Smollett claimed to have been attacked by two President Trump supporters on Jan. 29. The two MAGA-hat wearing men poured bleach on him, put a rope around his neck, and yelled racial and homophobic slurs at him, according to the actor. People were outraged, and rightly so. Yet, over the course of the past few weeks, suspicious details have come to light to suggest Smollett staged the attack. As the evidence built, now even police are calling this hate crime a hoax.

Now, it seems the attackers were not Trump supporters, but two Nigerian men who knew Smollett, one even acted as extra on "Empire." Chicago Police report that these new questions have "shifted the trajectory of the investigation."

Smollett's lawyers responded to these charges in a new statement on Saturday, insisting their client is not lying. "Nothing is from the truth," they write.

“As a victim of a hate crime who has cooperated with the police investigation, Jussie Smollett is angered and devastated by recent reports that the perpetrators are individuals he is familiar with. He has now been further victimized by claims attributed to these alleged perpetrators that Jussie played a role in his own attack. Nothing is further from the truth and anyone claiming otherwise is lying.

“One of these purported suspects was Jussie’s personal trainer who he hired to ready him physically for a music video. It is impossible to believe that this person could have played a role in the crime against Jussie or would falsely claim Jussie’s complicity.