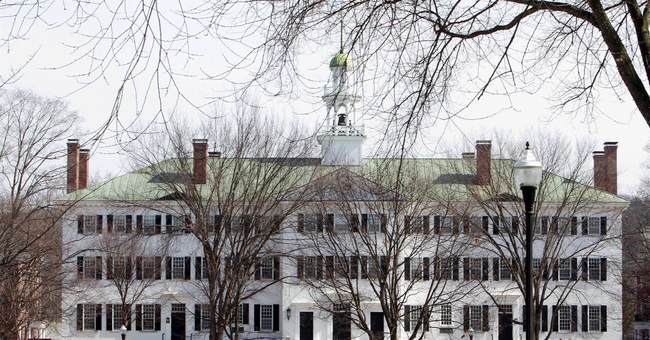 Conservative college students may often feel like they need to hide in the back of the classrooms - or, in extreme cases, in their dorm rooms. Their views are rarely mainstream on campus, so they feel as though they shouldn't voice them. The Network of Enlightened Women is encouraging young conservative women to get out of that mindset and be emboldened to tell their stories.

She's Conservative: Stories of Trials and Triumphs on America's College Campuses, authored by Karin Lips, president of The Network of enlightened Women, features the essays of 22 conservative women from 17 different universities who each conquered their fear of their liberal peers.

“I was bullied simply for stating my ideas,” Chandak shared in a video previewing the book.

"I waited to have my voice heard until I had someone to tell me that it valuable," said Horzempa. "And I wish I had not waited.”

Lips encouraged the young women to write about their experiences in the book, rather than wait for permission from their professors or peers. It did wonders for their self-confidence.

Hakes, for instance, shared an anecdote about a "misguided" workshop at George Washington University entitled, "Christian Privilege." Chandak revealed how she challenged her supervisors at Cornell University to name one racist policy that existed in the U.S. She also revealed how she faced violent threats after appearing on Fox News to expose a government class at her school called, "America Confronts the World," which painted President Trump as a xenophobic nationalist. Jessica Martinez recalled how she was compared to "a Jew supporting the Nazis" for being a Latina conservative at the University of North Carolina at Charlotte. Instead of cowering at the hate, she helped open a NeW chapter on campus to upend these nasty stereotypes.

None of these women, however, regret their exposés.

"NeW helped me to not be afraid to be the woman that I am,” Horzempa said. "I don’t feel the need anymore to hid away in my dorm room, and fly under the radar, hope nobody figures out I’m a conservative."

Lips dedicates the book to the women of NeW. In other words, "the fearless females who have plotted a new path within the entrenched dogma of campus feminism."