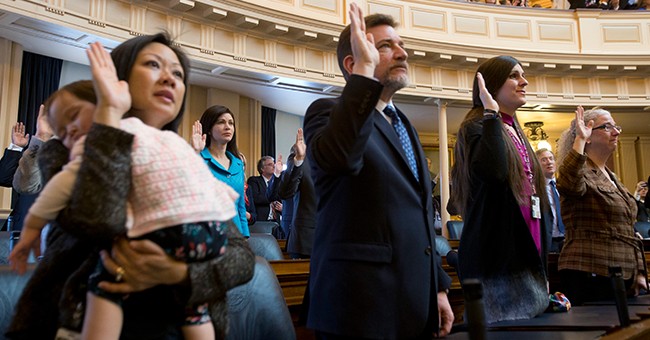 Virginia House of Delegates member Kathy Tran has spoken out in an attempt to explain the unpopular and radical pro-abortion bill she presented to her colleagues earlier this week. The legislation, she admitted before Subcommittee Chair Todd Gilbert, would allow women to have abortions up until the stage of labor - through all 40 weeks.

Over the last few days, you may have heard a lot of misinformation about my bill to help women make their own healthcare decisions in consultation with their doctors.

"I introduced a bill to repeal the medically unnecessary and duly burdensome that Virginia women face when they’re accessing this health care service in consultation with their doctor," Tran said in defense of The Repeal Act.

“I was really surprised by the line of questioning that I got,” she continued.

The legislator also tried to explain that her bill is actually not all that radical, considering Virginia’s current abortion laws. Women, she said, are allowed to have abortions in later stages of pregnancy with the approval of a medical doctor.

“I’ve done nothing to change that,” she said. “What I have done is try to make sure that women are able to make these decisions and access these services in a timely manner.”

While Tran has seen the critical messages, she also noted in the video that she has received plenty of support from women who support her efforts to prevent politicians “don’t get between a woman and her health care decisions.”

Tran also got backing from Virginia Gov. Ralph Northam, who started his own controversy by suggesting he'd support allowing infants to die after surviving abortions if it was the will of the mother and her doctor. When the pro-life community erupted, Northam dismissed their concerns as "shameful" and "disgusting."