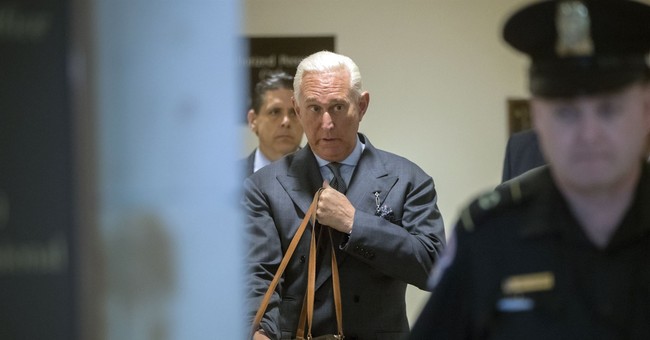 Statement from Julian Assange's US lawyer Barry Pollack on Roger J. Stone: "The dawn military-style arrest of Mr. Stone, a 66 year old political consultant, was wholly unnecessary and served no purpose other than intimidation.” (1/3)

"The Office of Special Counsel has never spoken with Mr. Assange." (3/3)

Longtime Trump associate Roger Stone spoke outside a Florida courthouse Friday a day after he was arrested for lying to Congress as part of special counsel Robert Mueller's Russia investigation. Prosecutors have been investigating his relationship to WikiLeaks, considering the group published stolen emails from Hillary Clinton's former campaign chairman John Podesta in the 2016 presidential campaign. Stone insists he did not know WikiLeaks's plans.

"I will plead not guilty to these charges, I will defeat them in court, I believe this is a politically motivated investigation," Roger Stone speaks outside court after being indicted on 7 counts in Mueller probe. pic.twitter.com/FzfXG6Ess3

"I will plead not guilty to these charges," Stone said, adding he "will not bear false witness against the president."

Stone was arrested on five counts of false statements, one count of witness tampering, and one count of obstruction.

"I have been falsely accused of making false statements," he continued.

He also sounded off on how the FBI raided his home Thursday night.

"They terrorized my wife and my dogs," he said.

In an interview with Tucker Carlson a day earlier, Stone noted how he’s been under “a two-year microscope.” It is, he said, “an extremely draining process.”

When Stone walked out of the courthouse, he was met by a crowd of hecklers, some of whom chanted, "lock him up!"

"I look forward to being fully and completely vindicated," Stone insisted.