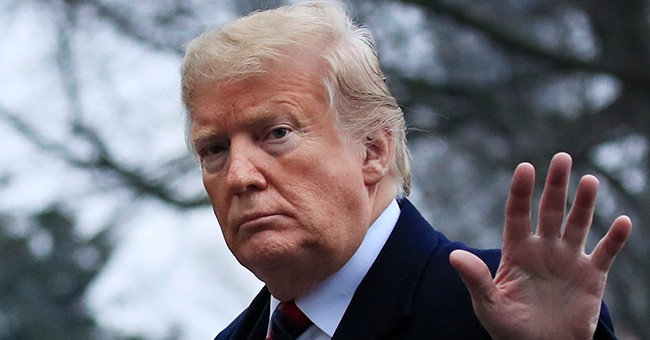 President Trump issued a new message to Congress shortly after both Senate bills to end the government shutdown failed on Thursday. He's now willing to come to an agreement with Democrats to open the government for three weeks if they agree to a "prorated down payment" of his proposed border wall, he told press at the White House.

It's unclear exactly how much money that would be, but we know it's at least in the millions. In total, he has asked for $5.7 billion in border security.

Senate Majority Leader Mitch McConnell met with his Democratic counterpart Chuck Schumer while Trump was speaking with reporters. Asked if he'd sign an agreement the two men may come to, Trump said yes, "if it's a reasonable agreement."

The White House continued to emphasize that they would only accept a continuing resolution with that down payment.

Leader Mitch McConnell and Senator Chuck Schumer are meeting now to see whether or not they can work out of the deadlock. As was made clear to Senator Lindsay Graham, the 3 week CR would only work if there is a large down payment on the wall.

Speaker of the House Nancy Pelosi quickly turned it down.

From colleague Peter Doocy. Pelosi on Trump saying he wants a down payment for the wall to re-open the gov't: Pelosi: "That is not a reasonable agreement between the senators" Reporter: "Do you know what he’s talking about?" Pelosi: "I don’t know if he knows"

Still, Trump said if he can't get the guarantees he's asked for, he has "a lot of alternatives" to get that wall built.