Pelosi Was Asked About 'Black Lives Matter' at MSNBC Town Hall...And Was Not Prepared 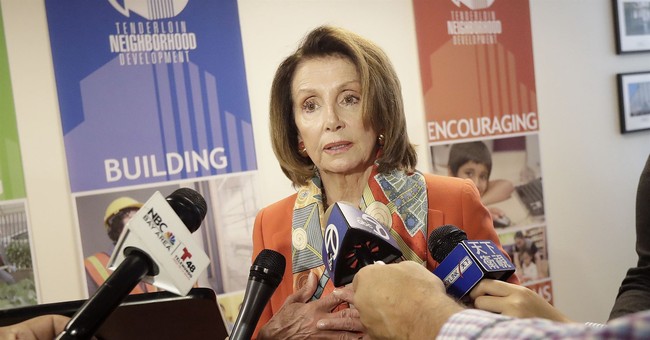 Speaker of the House Nancy Pelosi participated in an MSNBC town hall Friday night where she answered a range of questions from the audience. It was obvious she was wholly unprepared for some of them. In particular, she seemed caught off guard by a young woman, a student named Shelly Ward, who asked the speaker if she supported the "Black Lives Matter" movement. Pelosi mumbled something, before saying, "all lives matter."

"Well I support the recognition that black lives matter for sure," Pelosi said in response. "And I have incorporated that in many of my statements. I think all lives matter, yes. But we really have to redress past grievances in terms of how we have addressed the African-American community."

Pelosi then followed up by remarking on the diverse outlook of the 116th Congress.

In the meantime the camera panned back to the young questioner's face. She did not seem pleased. Nor did many people on social media who otherwise support Speaker Pelosi. They accused her of missing the point of the BLM movement, which is to “push for black people’s right to live with dignity and respect" and specifically address police brutality against minorities.

@SpeakerPelosi just lost me with her #AllLivesMatter comment, when asked about #BlackLivesMatter . Not lost me as in I won't support her, but let me know she's not going to be an ally to address our issues in a meaningful way. Coulda been much more articulate. Or maybe she was?

A student asks Pelosi if she supports the black lives matter movement and her answer is disappointing. She actually said all lives matter, as if cops shot white rich people on a daily basis

As many will recall, the 2016 presidential candidates were grilled about their support for "Black Lives Matter," both on the campaign trail and during live debate forums. At the 2015 liberal Netroot Nations Conference, the moderator asked candidate and former Maryland Gov. Martin O'Malley to pick: "black lives matter" or "all lives matter." He chose the latter, and he was booed. Later, he apologized for his answer.

Will Pelosi be pressured to do the same?