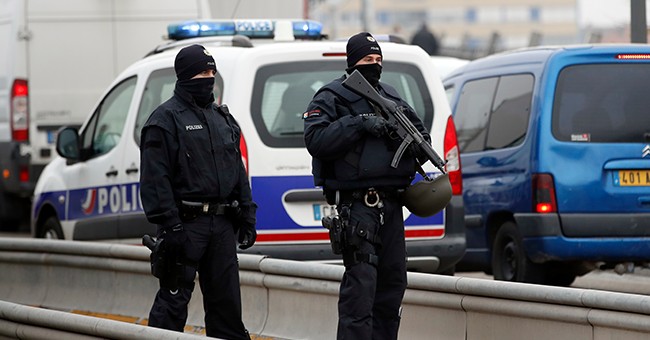 French authorities have reportedly "neutralized" the gunman who opened fire at a Christmas market in Strasbourg earlier this week. The suspect, Cherif Chekatt, was found hiding in a warehouse and has been shot dead by police, according to France Info.

Chekatt killed three people and injured several others Tuesday night. He was believed to be radicalized and shouted, "Allahu Akbar" before the attack. He already had 27 criminal convictions to his name and "was already known to the security services as a possible Islamist terrorist threat."

Recommended
Lies and Euphemisms vs. the Truth
Gil Gutknecht

This is a breaking news post and will be updated with new information.