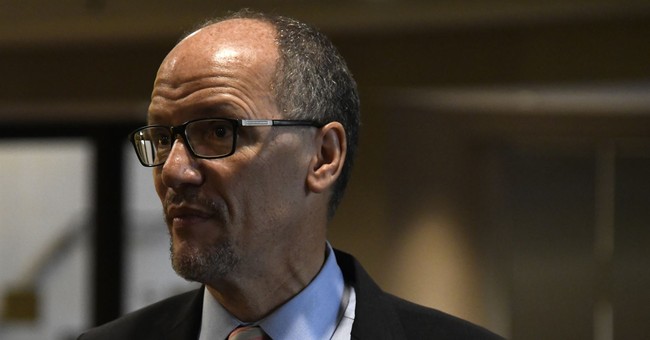 The Congressional Black Caucus passed a vote of no confidence in Democratic National Committee Chair Tom Perez on Wednesday after a "heated" debate over the superdelegate policy. Back in August, the DNC leadership decided to strip superdelegates of authority. Under new rules, superdelegates are not permitted to vote on the first presidential nominating ballot at a contested national convention. The move was intended to placate progressives who believe the superdelegates had too much power over the election process.

But, CBC Chairman Cedric Richmond (D-LA) spoke for many in his caucus when he accused the DNC of "pitting them against their constituents."

He wrote a letter to Perez in August arguing that the plan would disenfranchise those who serve as superdelegates. Tensions over the vote are apparently still high.

Why the reform in the first place? The DNC came under fire in the 2016 presidential election for paving too smooth a path for Hillary Clinton to become the Democratic nominee. Under Debbie Wasserman Schultz's chairmanship, the DNC only scheduled six primary debates and was found to be biased against Sen. Bernie Sanders (I-VT) campaign. As you can imagine, Sanders' supporters have since shown little love to the committee. During the DNC unity tour last year, many progressives even booed Perez off the stage.

With the pressure mounting, the committee was compelled to make some changes. In addition to curtailing the role of superdelegates, he DNC’s Rules and Bylaws Committee also voted to make caucuses more accessible by requiring state parties to accept absentee votes.

Perez said he was "confident" the election reforms will make their party "stronger."

Tell that to the CBC.