Whoa: Melania's Office Just Called for the Firing of a National Security Aide 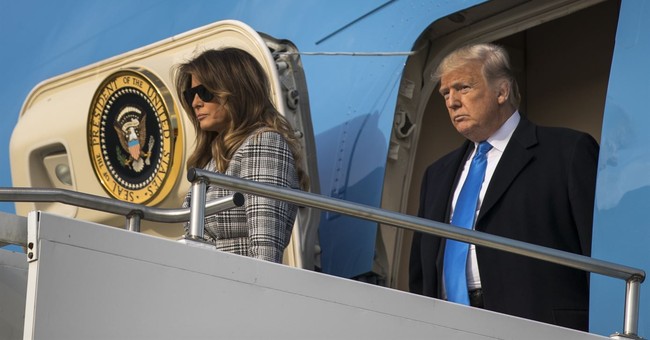 Melania Trump just did something we rarely see from the First Lady’s office. She is calling for the firing of a top national security aide. Mira Ricardel reports to national security adviser John Bolton, but Mrs. Trump says it’s time for her to go.

“It is the position of the Office of the First Lady that she no longer deserves the honor of serving in this White House,” Stephanie Grisham, the first lady’s spokesperson, said in a statement.

We don’t have all the details yet, but a Wall Street Journal report suggests that the First Lady’s office had had it with Ricardel's behavior.

The president became involved in that decision at the urging of Mrs. Trump, whose staff battled with Ms. Ricardel during the first lady’s trip to Africa last month over seating on the plane and requests to use National Security Council resources, according to people familiar with the matter.

The first lady’s team told the president that they suspect Ms. Ricardel is behind some negative stories about Mrs. Trump and her staff.

Politico also reports that Ricardel may also be responsible for a breakdown in communication between the Pentagon and NSC because she has a less than rosy relationship with Defense Secretary Jim Mattis.