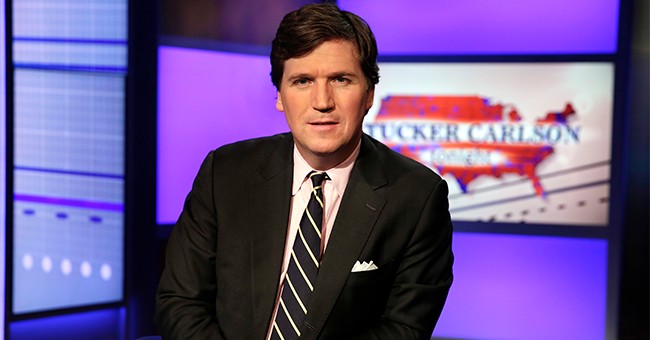 Antifa-linked activists terrorized Tucker Carlson's home last week. They were so aggressive that his wife hid in the pantry in hopes of escaping the chaos, the Fox News host candidly shared.

On Sunday, Carlson revealed that his daughter was also the victim of verbal assault last month at the Farmington Country Club in Charlottesville, VA. A man, now identified as Juan Manuel Granados, reportedly called Carlson's daughter a "whore" and a "c**t" after asking if she was sitting with Carlson. She left the club in tears, according to Carlson, after which he and his son confronted Granados. His son threw red wine in his face, and Carlson cursed him out. Carlson notified the country club about what transpired and after a 3-week investigation the management decided to revoke Granados’ membership.

Last month one of my children was attacked by a stranger at dinner. For her sake, I was hoping to keep the incident private. It’s now being politicized by the Left. Here’s what happened: pic.twitter.com/rwNoFYxMFv

“This is going to be a serious problem for Tucker Carlson and I very much look forward to teaching him a lesson,” Avenatti told TheWrap.

Avenatti also called Carlson a coward and shared a statement from his client, denying he ever harassed Carlson's daughter.

Here is a statement from my client regarding the incident with Tucker Carlson and Tucker's fabricated version of events. As a father of two teenage daughters myself, I find it disgraceful that Tucker seeks to justify his behavior by falsely hiding behind his family. #Coward pic.twitter.com/j9uX7pRdyP