Whoa: HOW Many People RSVP'd for Trump's Rally in Houston? 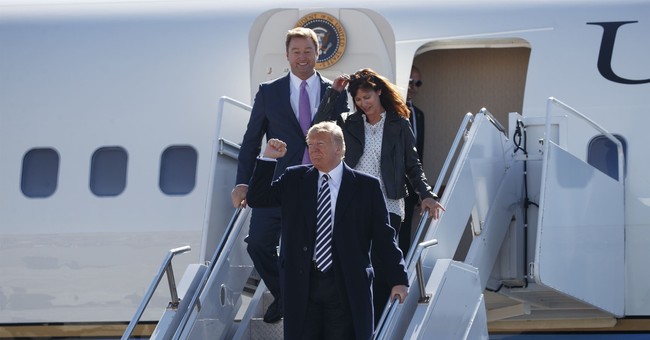 President Trump likes to talk about his poll numbers and his rally numbers. Hey, he's earned the right. For his upcoming rally in Houston, Texas Monday night for Sen. Ted Cruz, the organizers were overwhelmed with 100,000 RSVPs. The crowd is so massive, that for the first time ever Brad Parscale, Trump's 2020 campaign manager, said he his team are setting up a tailgate outside the event.

Incredible numbers for #HoustonRally. 100,000+ RSVPs. I have flown in early and my great team is setting up the first ever TAILGATER for outside. So everyone come, room for everyone. Come see @realDonaldTrump inside or out! pic.twitter.com/92M3qBs5tp

“Texas is big and so will be the turnout for our MAGA rally in Houston, Texas Monday,” said Michael Glassner, Chief Operating Officer of Donald J. Trump for President, Inc. “That’s why we’ve organized the Donald Trump- Big Texas Tailgater outside the Toyota Center. We’ll have great food, live music, big screens, and a great time for all of our guests. Inside and out, the excitement at this Trump rally will be as big as Texas – it’s going to be epic,” he concluded.

The crowd size bodes well for Republicans' chances in the midterms, now just 15 days away. Trump's approval numbers have also shot up. He is at 47 percent, according to a new NBC/Wall Street Journal poll. That's higher than President Obama's rating ahead of the 2010 midterms, The Hill notes. "Morning Joe" anchor Mika Brzezinski admitted that the momentum is on Trump's side.

No wonder he's pumped about tonight.