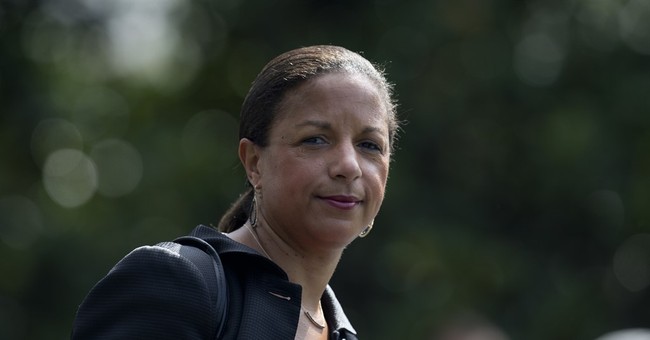 The left wants to run Sen. Susan Collins (R-ME) out of the Senate. She had been a liberal hero for some time because of her "no" vote on Obamacare repeal last year. But, her decision to vote "yes" on Judge Brett Kavanaugh's candidacy for the Supreme Court means it will be hard for her to gain the left's trust again.

Her vote was so unforgivable, the high profile organization the Women's March is now calling her a "rape apologist."

Protesters outside the Supreme Court Saturday said their "heart sunk" when Sen. Collins announced she was voting "yes" on Judge Kavanaugh. Others are suggesting they harass her in public. Sound familiar?

So, Democrats are ready to vote her out, but who will take her place? Well, another Susan has volunteered.

Some critics had some biting responses. No one will soon forget how Rice blamed the 2012 terror attack in Benghazi, Libya on an offensive YouTube video, suggesting it was a spontaneous ambush. Four Americans died in the attack, including U.S. ambassador Chris Stevens.

When @AmbassadorRice loses to @SenatorCollins, will she blame it on a YouTube video? pic.twitter.com/2AX6eqlpRB

Rice and other Democrats may not have been pleased with Collins's vote and the speech that accompanied it, but other leaders were. Former President George H. W. Bush commended his friend's class and courage.

New conservative hero Lindsey Graham 2.0 even credited her with saving the Senate.

Sen. @LindseyGrahamSC: @SenatorCollins Saved the Senate From 'Sliding Into the Abyss' https://t.co/mEKAjRlkAl