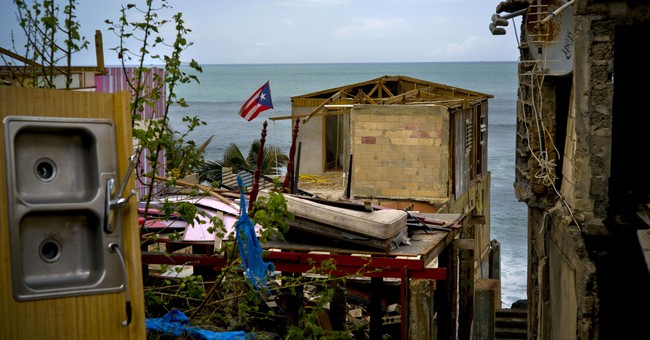 For months, the official death toll from Hurricane Maria was 64. It increased drastically to 1,400 earlier this year. Then, this week, the death rate went up again after George Washington University researchers released a new staggering study putting the number of deaths at 2,975.

Asked about the rising death rate, President Trump defended the U.S.'s response to the disaster.

The federal government did a “fantastic job in Puerto Rico,” he told reporters Wednesday at the White House.

President Trump says the federal government did a "fantastic job" helping Puerto Rico — one day after a new Hurricane Maria death toll showed it's one of the deadliest disasters in American history https://t.co/UxQto4sAPQ pic.twitter.com/036g8l6KTe

Trump added that Gov. Ricardo Rosselló was thankful for the help.

He added that he thinks "most of the people in Puerto Rico really appreciate what we've done."

"It's 2,975 people, and they're still calling it an estimate - 2,975 people that will never see the light of day, and many of them died because of what was done by the administration and that was silently approved by most of the political class in Puerto Rico," she claimed.

"The administration killed the Puerto Ricans with neglect," she added.

Nearly 3,000 people died in #PuertoRico and @realDonaldTrump is still patting himself on the back for his “fantastic job.” Each and every one of them deserved better. https://t.co/pTxnRRlkrN

Hurricane Maria is now one of the deadliest disasters in U.S. history.