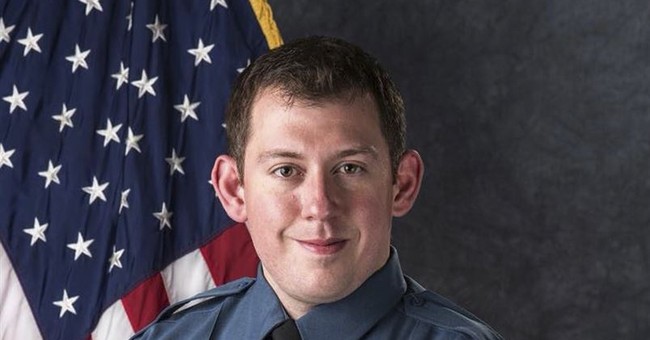 Karrar Noaman al Khammasi, 31, was supposed to be deported in 2016. He came to the U.S. from Iraq in 2012 and proceeded to have at least nine encounters with police, including drunk driving, trespassing, assault, extortion and illegal possession of a firearm. He was in ICE custody and a judge ordered his removal from the country on June 13, 2016. A 10th U.S. Circuit Court of Appeals ruling in a separate case, however, Golicov v. Lynch, led to the reversal of Khammasi's deportation, suggesting that his criminal record wasn’t serious enough to deport him.

It would be now. Last weekend, Khammasi was involved in a shootout with Colorado police, which left one officer seriously wounded. The refugee is now being charged with attempted murder. The Trump administration appealed the 10th Circuit’s ruling, but the Supreme Court was hearing a similar case out of the 9th Circuit at the time. In that case, Sessions v. Dimaya, the justices sided with the 10th Circuit.

“The ruling significantly undermines our efforts to remove aliens convicted of certain violent crimes, including sexual assault, kidnapping, and burglary, from the United States,” a Homeland Security official said at the time of the ruling. “By inhibiting ICE from establishing that such aliens are removable or ineligible for certain immigration benefits, Sessions v. Dimaya hampers our national security and allows criminal aliens who prey on our communities to remain in the country, making us more vulnerable as a result.”

It came down to language. How the government defines an “aggravated felony" is unconstitutionally vague, the circuit courts concluded. The White House urged Congress to quickly fix this loophole.

Yesterday’s Supreme Court ruling preventing the removal of certain aliens convicted of aggravated felonies that constitute “crimes of violence” highlights the danger posed by congressional inaction.  This case, first argued and briefed under the Obama Administration, gives Congress a clear opportunity to finally close dangerous loopholes: Congress should immediately pass a fix to close these loopholes so that the United States can promptly remove violent criminal aliens from our country.  Unless Congress acts, the United States Government will be unable to remove from our communities many non-citizens convicted of violent felonies, including in some cases domestic assault and battery, burglary, and child abuse.  It is a matter of vital public safety for Congress to act now.

The police officer Khammasi is accused of wounding, Cem Duzel, was rushed to UCHealth Memorial Hospital Central on Monday. Police said he is in "critical, but stable condition."