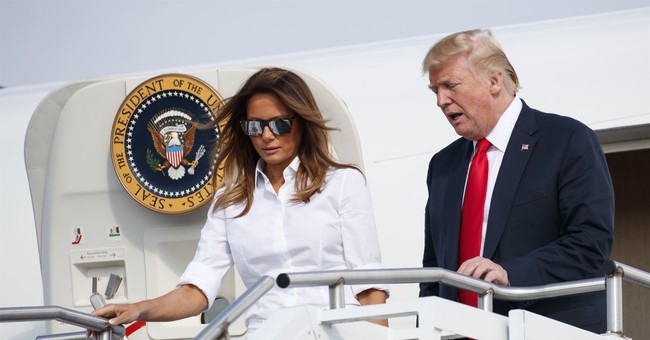 Mark Roberts, an independent running in Oregon's second congressional district, posted a rather inappropriate and tasteless message about First Lady Melania Trump on his Twitter account Monday. He essentially compared her to a prostitute.

There are only five staffers dedicated to Melania Trump vs. forty-four staffers who served Michelle Obama

Did you know the First Lady works by the hour? #thinkdirty #hoebag

Do you really think this is behavior that displays how a congressional candidate should communicate with others? I don't think you would win class president for a Junior High School behaving like this. You sir are childish and unbecoming of public office. #glrosario#WalkAway

The Daily Caller News Foundation reached out to Roberts for a comment on why he felt it was okay to call the First Lady those insulting names and apparently got this flippant response:

“I think the answers to your questions are self explanatory," he wrote. "Have a god [sic] day and keep the donations coming.”

.@jack this attack on @FLOTUS is disgraceful. Comments like these have no business on any platform. This account should be banned ASAP. https://t.co/sIGO4ggeAM

Roberts doubled down on his tweet, referencing his First Amendment rights and daring Mrs. Trump to sue him.