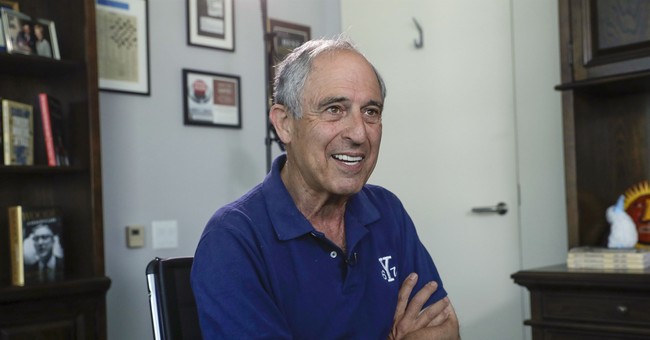 Lanny Davis, who served in the Bill Clinton White House, was recently hired to represent former Trump lawyer Michael Cohen in the midst of a scandal about an ex-Playboy model. Cohen insists Trump was trying to pay off a Playboy model to keep quiet during the 2016 campaign after she claimed the two had an affair. Cohen even taped one of their conversations about it. CNN obtained the audio recording and released the tapes Tuesday night. Davis said the audio justifies his client's side of the story that Trump knew about the deal to silence the former playmate because it sounds like he is talking about paying her in cash.

"The only people who use cash are drug dealers and mobsters," he added.

Trump lawyer Rudy Giuliani had a much different reaction. He told Fox News's Laura Ingraham that he's dealt with much worse tapes than this and that the audio does not prove what Davis thinks it proves.

“There’s no way the president is going to be talking about setting up a corporation and using cash unless you’re a complete idiot and the president’s not an idiot," Giuliani said. “I agree with you the tape is a little bit hard to hear. But I assure you that we listened to it numerous, numerous times. And the transcript makes it quite clear in the end that President Trump says 'don't pay with cash.'"

There is nothing there, Giuliani said.

“The power of the truth is what Michael Cohen now has, no matter what Mayor Giuliani invents for a president who’s been known to lie,” Davis pushed back on ABC's Good Morning America. “Don’t believe me, listen to the tape the way John Dean had a tape that did in Richard Nixon.”

What kind of a lawyer would tape a client? So sad! Is this a first, never heard of it before? Why was the tape so abruptly terminated (cut) while I was presumably saying positive things? I hear there are other clients and many reporters that are taped - can this be so? Too bad!

Davis, however, said there's "more to come" on this scandal. The president, he added, is going to be "done in by the truth.”