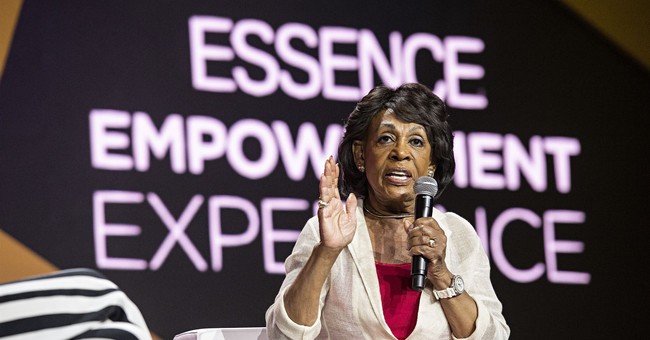 Maxine "is the unchallenged face of the Democratic Party," said Johms Gool of the Victory Christian Center, in Charlotte, NC. "She represents half of the U.S."

As such, he "encourages her to respect our liberty and issue a retraction" to her call to followers to harass Trump supporters.

"Reverse, retract and call for an end to this activity now."

Since Waters's tirade, there has been a noticeable uptick in harassment incidents against Trump officials and family members. Katie shared a list of just some of the confrontations, which have occurred in restaurants, supermarkets, and policy events.

Star Parker, president of The Center for Urban Renewal and Education, matter-of-factly stated that Maxine Waters "is not the reflection of black America." She too insisted Speaker Ryan send a strong message and censor the congresswoman.

The leaders also commented on Waters and other Democratic officials' character assassination of President Trump's new Supreme Court nominee Brett Kavanaugh. Many progressives have shared their fear that Kavanaugh will be an originalist when it comes to constitutional interpretation. Gool wondered why that's a bad thing.

"Our founders put together a few simple pages dealing with human nature," he noted. "Human nature has no expiration date. They left a means for correcting imperfections. Some have already been corrected, allowing me to stand before you today."

This administration "has been the strongest on record for protecting right to life" and for their contributions to the religious liberty debate, according to Johnathan Alexandre, Esq., Director of Public Policy, Liberty Counsel.

“The attacks have to stop and the attempt to destroy peoples’ lives is not what this country is about,” Parker said in a statement prior to the press conference. “It stops when Congress acts to rebuke and condemn the comments of Maxine Waters.”