Fox Anchor Confronts Dem Who Wants to Abolish ICE: 'You Have No Stats!' 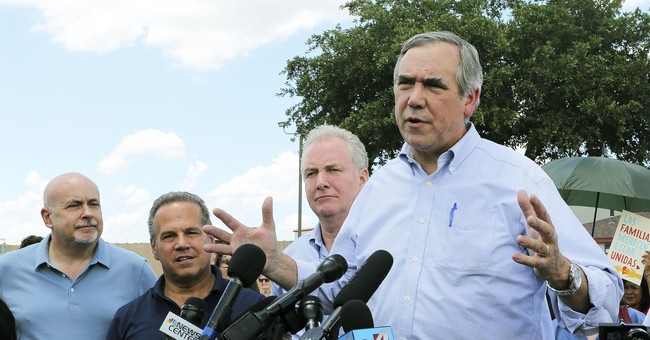 Rep. Mark Pocan (D-WI) introduced a bill to abolish the Immigration and Customs Enforcement agency this week because he says the department has strayed from its original goal. Created after September 11, ICE was supposed to target individuals who posed a real threat to the United States. Nowadays, President Trump is using ICE as "his own police force," Pocan charged.

Under Trump, “the agency can no longer accomplish its goals effectively,” he said when explaining his legislation. He was even more convinced he needed to introduce a bill after visiting the southern border.

“During my trip to the southern border, it was clear that ICE, and its actions of hunting down and tearing apart families, has wreaked havoc on far too many people," he said. "From conducting raids at garden centers and meatpacking plants, to breaking up families at churches and schools, ICE is tearing apart families and ripping at the moral fabric of our nation."

He shared his perspective on "Fox & Friends" Wednesday morning and found some pushback from anchor Brian Kilmeade.

"This is all your opinion!" Kilmeade said. "You have no stats."

Pocan continued to explain why ICE needs to be reined in. Instead of going after the average criminal, now we're going after people with simple traffic violations, seeking them out in church or their workplace.

He challenged the Democrat to tell ICE agents that they’re fired "to their face."