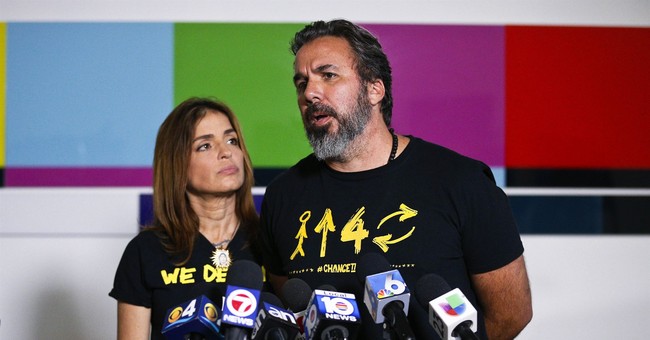 Earlier this week the NBC "TODAY" show aired an exclusive interview with former Parkland school security officer Scot Peterson, the officer who infamously remained outside of the Marjory Stoneman Douglas school building instead of confronting the shooter who gunned down 17 people in February. His seeming inaction prompted national leaders to criticize him, including President Trump, who called him a coward. In their conversation, which aired Tuesday, NBC anchor Savannah Guthrie let Peterson offer her a play-by-play of his decision making that fateful day.

He heard the pops of the gun, but he never thought the shooting was occurring inside the building, he told Guthrie. There was also a breakdown in communication with other law enforcement. Without the proper information, he continued to patrol the outside area, as he said he had been trained to do.

His conclusion? “I did everything that I thought at the time was appropriate.”

The explanation was not good enough for some Parkland parents grieving the loss of a child. They're "not buying" Peterson's version of events that day, Kerry Sanders, the NBC interviewer and narrator, noted, before cutting to his interview with two Parkland fathers.

"I listen to this and I get enraged," said Greg Guttenberg, who lost his daughter in the shooting. He was joined by another father, Max Schachter, whose child was also killed.

At one point in his conversation with Guthrie, Peterson said he would've done anything to protect "his kids" in the school. Guttenberg and Schachter exploded over that remark.

"Don't call them 'my kids!'" Guttenberg said. "Those are not his kids. They were Max's kids, they were my kids. He didn't go to a funeral, he's not going to miss a birthday. Unlike Max and I he won't miss Father's Day."

The two men were offended Peterson even granted NBC an interview.

"He should go away into the sunset," Schachter said. "We should never hear from that coward again."

Manuel Oliver, another father whose child died in the massacre, said he is refusing to let Peterson become a "victim." Like Guttenberg and Schachter, Oliver noted that Peterson is searching for sympathy that he's not willing to give.

"I'm not joining his pity party," Guttenberg said. "I'm sorry, he failed our children and they are gone."

Hunter Pollack, whose sister Meadow was killed in the Parkland shooting, tweeted that Peterson's side of the story made him "cringe."

Eleven of the victims' families released a statement agreeing that they don't accept Peterson's explanation, according to NBC.