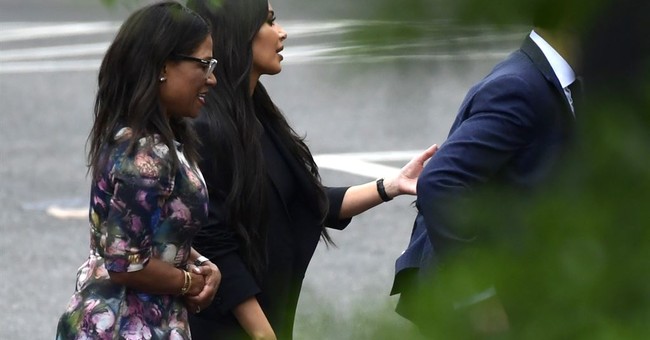 In case you missed Jim Acosta's latest rant, the CNN reporter complained on Wednesday that Kim Kardashian West had been invited to meet with President Trump.

"She shouldn't be there," Acosta told his CNN coworkers.

.@acosta going off just now on @KimKardashian being at the White House: "She shouldn't be here talking about prison reform." pic.twitter.com/5i1ZsXl3jh

"It just gets to the lack of seriousness," Acosta said. "Forget about the fact that Kim Kardashian is here at the White House today. What planet that is anything resembling normal, because its not."

"She shouldn't be here talking about prison reform," he added. "It's very nice that she is here, but that's not a serious thing to have happened here at the White House."

Acosta, though, forgot that there's a tweet for everything. In 2015, he was more than happy to give celebrities like John Legend a platform when President Obama was in office.

Hey Jim @Acosta --- in case you forgot. Saved this one for when you delete pic.twitter.com/4bQmpFI81k

Acosta interviewed Legend on CNN in 2015 about his push for prison reform, even encouraging the singer to run for office at the end of their discussion. He was an "activist" and "a musician on a mission," as CNN described him. Now, Kim Kardashian is pursuing the same effort - and it's a personal one. She is in search of clemency for her friend who is serving a life sentence for a first-time, non-violent drug offense. Yet, she does not get the title "activist" from the same media. She is just a celebrity in search of a photo op.

John Legend was one of many celebrities with a welcome mat to the White House when Obama was president. George Clooney met with him to discuss foreign policy, artists like Katy Perry posed with him, and Jay-Z said he even texted with 44. So, why are Acosta and other journalists suddenly crying foul that celebrities are roaming the White House? Conservative commentator Dana Loesch had an idea why.

.@DLoesch: “I just wish that people would stop unnecessarily hammering the administration, even on things they know they agree on or things that they know aren’t that big of a deal, but they do it anyway because it’s Trump.” https://t.co/i24eTjjKdk pic.twitter.com/BhbVHJpwAe

Loesch "can't believe" Acosta said Kardashian wasn't welcome at the White House. It is, after all, the people's house.