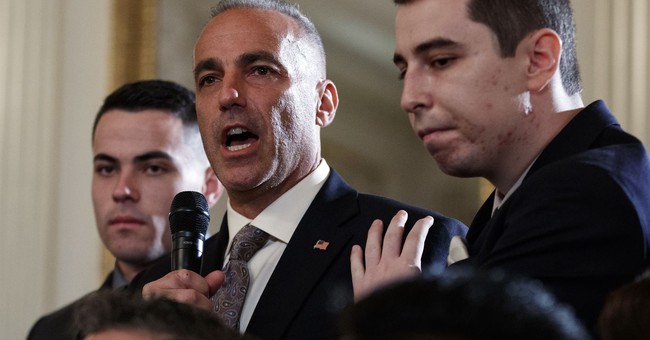 Andrew Pollack lost his daughter Meadow in the shooting at Marjory Stoneman Douglas High School. Instead of waiting for lawmakers and school officials to agree on the appropriate response to the tragedy, he's getting to work on his own initiative. He shared information about his new Children’s Lives and School Safety campaign on social media last week.

We need more security in our schools NOW! Politicians have had 20 years to fix it but they’ve chosen partisan politics over children’s lives. I’m sick of it! I’m taking this matter into my own hands.

He has a website to correspond with his campaign.

Children’s Lives and School Safety (CLASS) is devoted to helping parents advocate for the security of children and school personnel in schools. We believe children deserve to be in a protected environment during their school day so they can focus on learning. The safety of our children is a common goal for all Americans, regardless of their individual background or political affiliation.

Our party is the human party.

Columbine happened 20 years ago. Immediately after every school in this country should’ve ramped up their security. That didn’t happen. Our politicians & schools failed us. My father won’t fail! We will #FixIt

Unlike Parkland student activists who have spent their time demonizing the NRA and rejecting recent congressional efforts to boost school security because the bills don't mention the word "gun," Pollack supported the STOP School Violence Act. The bipartisan legislation improves communication between local law enforcement and schools and improves school security. In fact, 13 of the families who lost a child in the Parkland shooting support the effort.