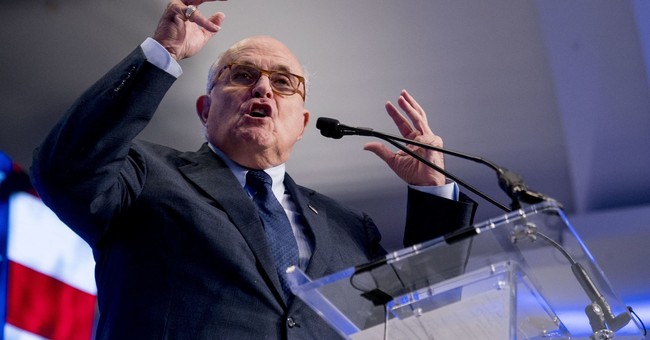 Former New York City Mayor Rudy Giuliani, who is now attorney to President Trump, has been an outspoken critic of Robert Mueller since joining the president's counsel. That criticism got new wings when reports suggested last week the FBI had an informant working in the Trump campaign. In light of the new information, Trump and Giuliani have spoken out against what they term "spygate." Although the supposed breach of privacy occurred before Mueller was appointed special counsel, the scandal "taints" the whole Russia investigation, according to Giuliani.

Giuliani had not had a change of heart on Mueller by the time he joined this weekend's Fox News Sunday. The special counsel is still, at its core, "rigged," he told anchor Bill Hemmer.

“You’ve got 13 Democrats, you’ve got a focus on things that didn’t happen, no Russia collusion, no obstruction, just defending yourself, and now we are into the basis of it being illegitimate,” Giuliani said.

The attorney is echoing the president, who for the past two days has voiced his frustration against the "13 angry Democrats" leading the Russian "witch hunt."

When Hemmer asked Giuliani to explain why the Russia investigation was "rigged," the former mayor asked him to take a look at how the team treated former Trump aides like Paul Manafort and Michael Cohen. He said that Trump's counsel is not going to sit the president down with Mueller until they can prove this whole investigation is not a "trap for perjury."

"What's wrong with the government trying to figure out what Russia was doing?" Hemmer asked, noting that it sounded like the lawyer was putting the government on trial.

Nothing, Giuliani conceded. But, there is an issue with the government spying on a campaign. That, he said, is "Spygate." "It's a year and a half later and there's still no evidence of collusion," he added. "So stop the investigation."

Some lawmakers, like Republican Sen. Jeff Flake, have weighed in to the debate to warn Trump that if he fires Mueller or Deputy Attorney General Rod Rosenstein, who appointed him, it will be considered a "constitutional crisis." Flake also doesn't seem to buy "spygate," accusing the president of using it as a "diversion tactic" during an interview on Sunday's "Meet the Press."