Congress to Vote on 'Right to Try' for Terminally Ill Patients 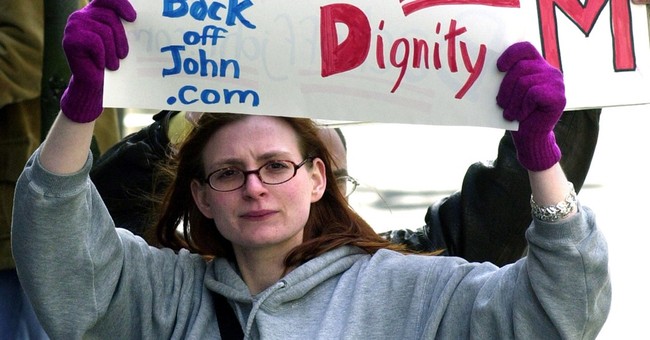 The Right to Try Act, which would give terminally ill patients access to potentially lifesaving medicine, is getting a vote in Congress next week.

“Families across the country receive the devastating news of a diagnosis every day and next week the House will vote to give seriously ill patients the right to try experimental treatments when there are no other options left," GOP Leader Kevin McCarthy said in a statement. "This will not only offer a chance for the patient to possibly find treatment but could open possibilities to help others do the same."

Grateful the House will consider #RightToTry legislation that can SAVE LIVES & GIVE HOPE to terminally ill patients. @POTUS and I have been working hand-in-hand with members of Congress to pass this important bipartisan legislation. https://t.co/MK1Fp506fv

The legislation would give patients' access to experimental treatment. It would also give drug manufacturers and others involved in testing the drugs on humans liability protections if the treatment does not go as planned.

The Right to Try movement scored a victory in California this week when a judge overturned a law that permitted assisted suicide. In 2015, the state became the fifth to pass a law allowing patients to request life ending medication from their doctors. California Superior Court Judge Daniel Ottolia spoke up this week to declare physician-assisted suicide "is not health care." Pro-life groups like Americans United for Life were heartened by the news.

"AUL urges California not to appeal this decision and to uphold its duty to protect the lives of all its citizens, especially vulnerable people groups such as elder adults and those with disabilities and illnesses."