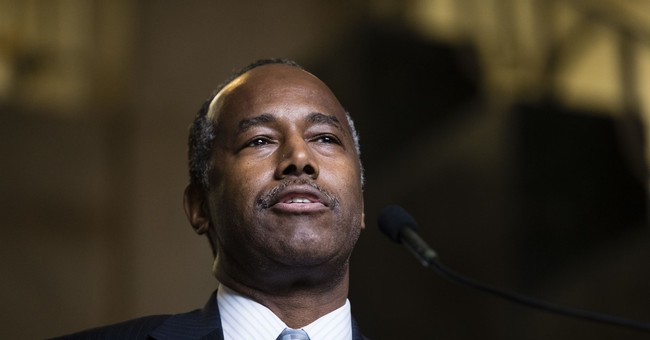 The 2015 rule, developed over a six-year period, required every community receiving HUD funding to assess local segregation patterns, diagnose the barriers to fair housing and develop a plan to correct them. Most communities were supposed to submit their plans to HUD every five years, beginning in 2016. Communities without HUD-approved plans would no longer receive federal housing dollars. (Washington Post)

In 2015, Carson penned a Washington Times op-ed that summed up his critique of the government program.

"These government-engineered attempts to legislate racial equality create consequences that often make matters worse," Carson wrote. "There are reasonable ways to use housing policy to enhance the opportunities available to lower-income citizens, but based on the history of failed socialist experiments in this country, entrusting the government to get it right can prove downright dangerous."

Just like the desegregated school busing effort in the 1980s, the fair housing act would be a "failed experiment," he added.

So, it's now no surprise Carson wants to suspend the fair housing rule.

A coalition of national and Texas-based housing groups is planning to sue the HUD secretary. The draft of the lawsuit, obtained by The Washington Post, alleges that Carson "unlawfully suspended the 2015 rule by not providing advance public notice or opportunity for comment." The groups also claim that Carson is leaving HUD without a program to ensure that $28 billion in disaster relief funding, needed after storms such as Hurricane Harvey, goes to those most in need.

“Historically, segregation has forced these communities into the areas most vulnerable to natural disasters," said Madison Sloan, director of Texas Appleseed’s Disaster Recovery & Fair Housing Project, a plaintiff in the lawsuit. "We have to make sure we are rebuilding in a way that remedies, rather than perpetuates, these inequalities.”

The groups will file their lawsuit in federal district court in Washington.