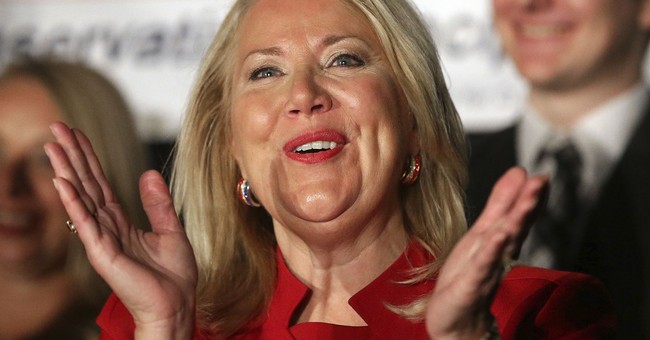 Republican Debbie Lesko is projected to win the special election in Arizona's 8th congressional district. President Trump won the district by 21 points in the 2016 presidential election. Yet, last night, Democrat Hiral Tipirneni had a strong showing, leaving Lesko with only a single-digit lead. The Associated Press called it for Lesko when she had 53 percent of the vote and her challenger had 47 percent. Tipirneni has yet to concede.

Democrats believe it is a "harbinger of what's to come" in the midterms, CNN reported Wednesday morning.

It's actually "good news" for Democrats despite the GOP win, according to "New Day" anchor Chris Cuomo. His colleagues, like CNN Political Analyst David Gregory, agreed. He noted that Republicans spent way more money in the Arizona special election than they were expecting, investing more than $1 million in the race. It shows they are having to send more resources to areas that were once safely red.

Some Republicans are admitting it.

“Republicans shouldn't be hitting the alarm, they should be slamming it," said Mike Noble, a GOP pollster based in Arizona. He added: "This district isn't supposed to be competitive, and so to see this margin, especially with the Republicans pouring in resources here — again, it's a tough year."

Another area of concern, according to A.B. Stoddard, is the fact that so many Republicans are retiring, including, most recently, House Speaker Paul Ryan. The Arizona special election seat opened after Rep. Trent Franks's resignation.

"If you talk to the privately they're very concerned," Stoddard said.

Still, it's a Republican win in Arizona and President Trump congratulated Lesko on Twitter.

Congratulations to Republican Debbie Lesko on her big win in the Special Election for Arizona House seat. Debbie will do a Great Job! Press is so silent.