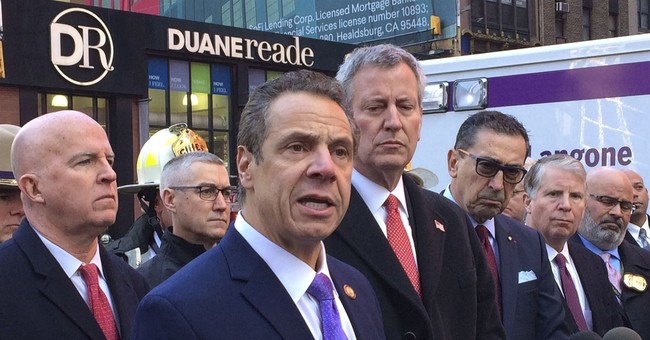 “I’m unwilling to take no for an answer,” Cuomo said, after state Republicans blocked the measure. “I’m going to make it law by executive order.”

“It is unconscionable to deny voting rights to New Yorkers who have paid their debt and have re-entered society,” Cuomo said in a statement.

“This reform will reduce disenfranchisement and will help restore justice and fairness to our democratic process. Withholding or delaying voting rights diminishes our democracy.”

The directive cites the Fifteenth Amendment for justification. It also suggests that minorities are unfairly disenfranchised, since they are incarcerated at a much higher rate. It also purports that civic engagement is a proven way to prevent recidivism.

It is only fair these individuals get access to the polling booth, the order reads.

"These individuals are active participants in society at large who, despite the limitations placed on them by parole conditions, work, pay taxes, and support their families and should be permitted to express their opinions about the choices facing their communities through their votes."

Some critics decried the actual order, while others are outraged by Cuomo's dictatorial behavior. It is an “outrageous power grab” according to Ed Cox, chairman of the state Republican Party.

Cuomo is up for re-election in November. He will face off against at least one challenger, former "Sex and the City" star Cynthia Nixon, who is resonating with many progressives.