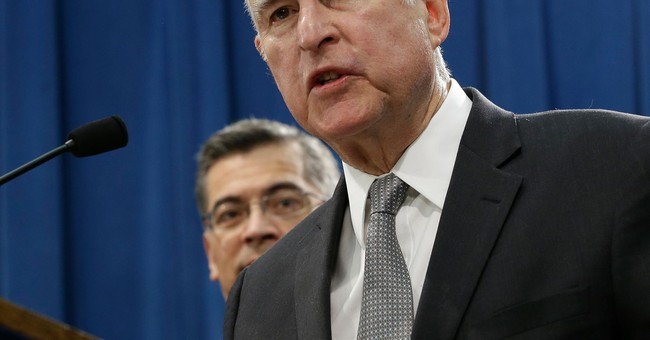 California Gov. Jerry Brown is willing to help President Trump send the National Guard to the border, but in a limited capacity. He will send 400 troops to assist with stopping drug and human trafficking, but they will not cooperate with detaining illegal immigrants, Brown informed the White House last week.

Trump had initially thanked Brown for agreeing to send the National Guard. Yet, when it became clear there would be limits to their assistance, he changed his tune. Trump said Tuesday that Brown's offer was a waste of time if the troops are not permitted to help with immigration enforcement.

"Is trying to stop drug smuggling, human trafficking and drugs going to Mexico to go the cartels?" he asked. "That sounds to me like fighting crime. Try to catch some desperate mothers and children or unaccompanied minors coming from Central America, that sounds like something else."

Brown added that he wants to be cooperative and his state's National Guard troops are "ready to go."

"But I think we can find common understanding here, there's enough problems at the border and the interface between our countries, California will have plenty to do, and we're willing to do it."