Survey: Americans Are Forgetting Key Details About the Holocaust 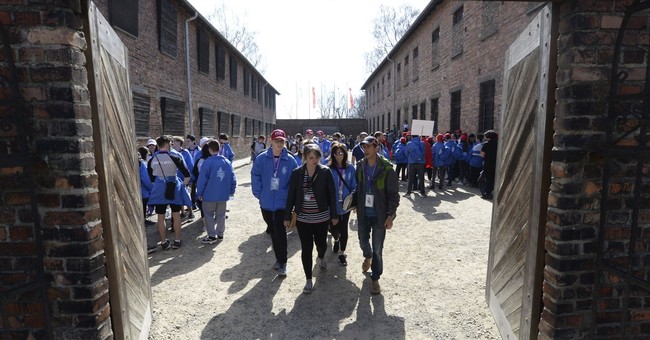 On Yom HaShoah we remember the six million Jews slaughtered in the Holocaust. With each passing year, our duty to remember this atrocity increases as we pledge #NeverAgain. #HolocaustRemembranceDay https://t.co/tyga4VtjLT

Shockingly, a new survey suggests that Americans are forgetting pertinent details about Adolf Hitler's massacre of the Jews. Schoen Consulting conducted the study in February, speaking to 1,350 American adults, 31 percent of whom were Millennials.

The good news is that Holocaust denial was almost nonexistent, with 96 percent believing the tragedy happened. Yet, it is hardly a silver lining.

“The issue is not that people deny the Holocaust; the issue is just that it’s receding from memory,” said Greg Schneider, the executive vice president of the Claims Conference, which negotiates restitution for Holocaust victims and their heirs.

While Schneider knows Americans are iffy on the details, he is at least "heartened" that they believe it's important.

There are 400,000 Holocaust survivors still living around the world. We should be encouraging every one of these brave souls to tell their stories, because history must remember.

“As we get farther away from the actual events, 70-plus years now, it becomes less forefront of what people are talking about or thinking about or discussing or learning,” said Matthew Bronfman, a board member of the Conference on Jewish Material Claims Against Germany, which commissioned the study. “If we wait another generation before you start trying to take remedial action, I think we’re really going to be behind the eight ball.”