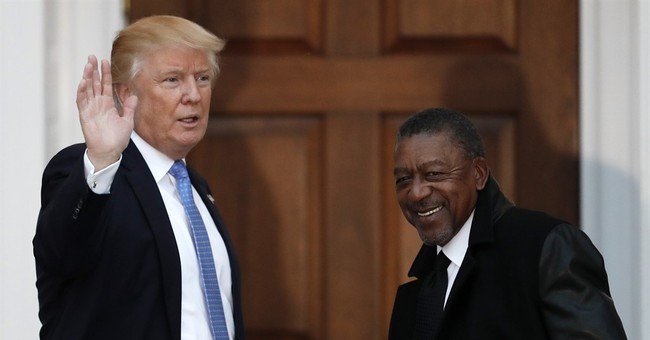 President Trump has often touted himself as a jobs president. In January, the Labor Department was proud to announce the unemployment rate among black workers was at its lowest since the 1970s. When Trump mentioned that report during his first State of the Union address, many Democrats chose to remain in their seats, including members of the Congressional Black Caucus.

BET Founder Robert Johnson would have likely joined the lawmakers who stood to applaud him. Johnson, who founded the BET network in 1979, gave the president credit for bringing many African-Americans back into the workforce in an interview with CNBC Friday.

"When you look at that [January report], you have to say something is going right," said Johnson, a Democrat and founder and chairman of The RLJ Cos.

Johnson, who has known Trump for a long time and was reportedly offered a job in his administration, also acknowledged that the president's tax reform did much to put the economy on "a strong growth path."

As expected, Johnson has his critics. The Root Magazine accused him of touting Trump's policies for his own selfish gain of getting "richer."